Practicing At The Bar 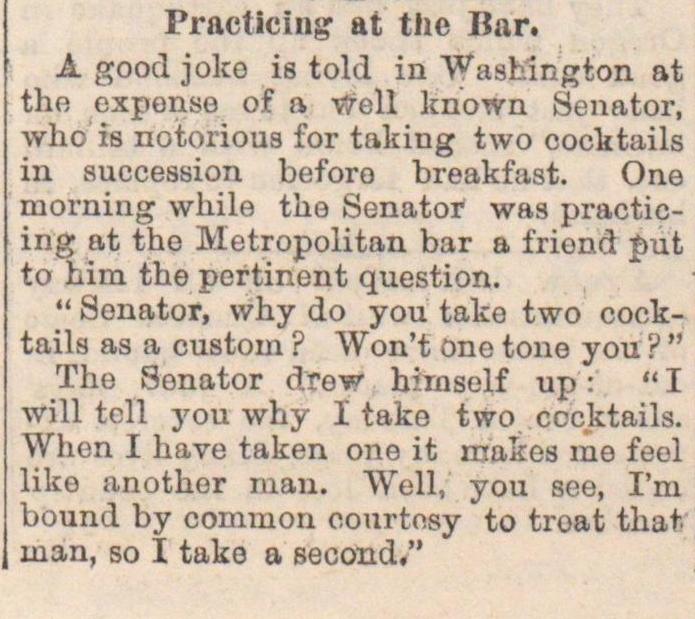 Agoodjoko is told in Washington at thn expense of a well kn'own Senator, who is notorious for taking two cocktails ia succession beforo breakfust. One morning while the Senator was practicing at the Metropolitan bar a friona put to Lim the pertinent question. " Sonator, why do you take two cocktails as a custom ? Won't One tone you? " The Senator drev hirnself up : "I will teil you why I take two cocktails. Wlion I have taken one it makes me fecl like anothor man. Well, you see, I'm bound by common courtnsy to troat that. man, so I take a second."