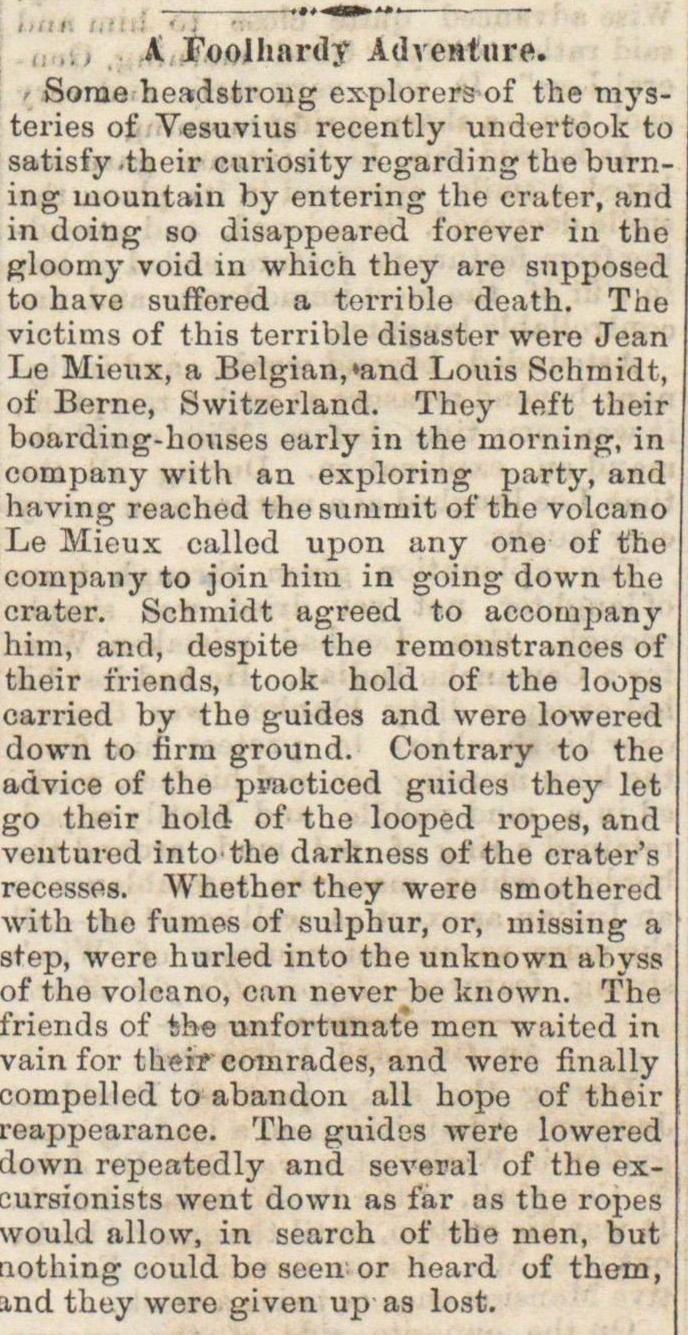 Borne headstrong explorers of the mysteries of Vesuvius recently undertook to satisfy .their curiosity regarding the burning mountiviu by entering the cráter, and in doing so disappeared forever iu the gloomy void in which they are snpposod to have suffered a terrible death. The victims of this terrible disaster were Jean Le Mieux, a Belgian,'and Louis Schmidt, of Berne, Switzerland. Thoy left their boarding-houses early in the morning, in company with an exploring party, and having reached the summit of the volcano Le Mieux callod upon any one of the company to join him in going down the cráter. Schmidt agreed to accompany him, and, despite the remonstrances of their friends, took hold of the loops carried by the guides and were lowered down to érm ground. Contrary to the advice of the pyaeticed guides they let go their hold of the looped ropes, and ventured into the darkness of' the crater's recesses. Whether they wore smothered with the fuñios of sulphur, or, missing a step, wore hurled into the unknown abyss of the volcano, can never be known. The friends of the unfortunate men waited in vain for their comrades, and were finally compelled to abandon all hopo of their reappearance. The guides were lowered down repeatedly and several of the exursionists went down as far as the ropes would allow, in search of the men, but nothing could be scenor heard of them, md they were given upas lost.