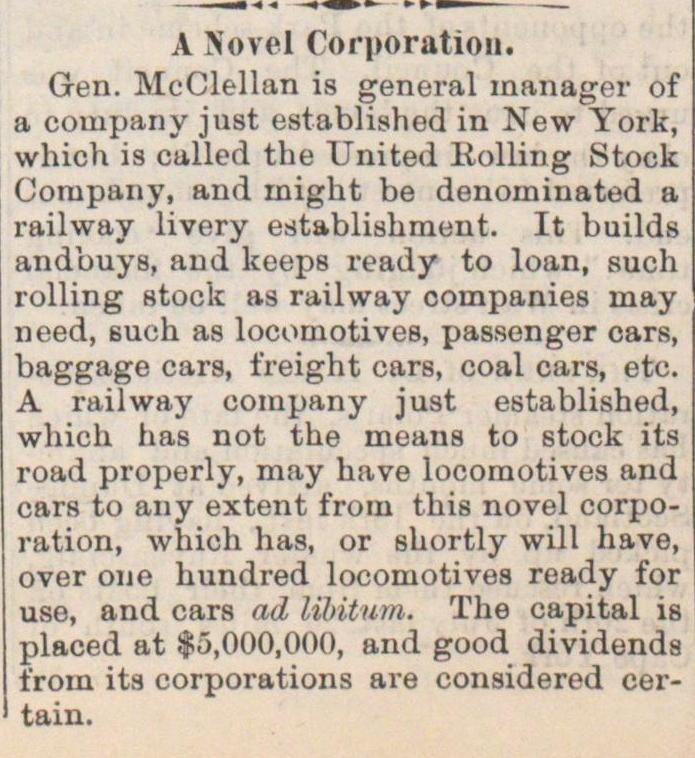 Gen. MeClellan is general manager of a couipany just established in New York, which is called the United Hollín g Stock Corapany, and inight be denominated a railway livery establishment. It builds andbuys, and keeps ready to loan, such rolling stock as railway oompanies ínay need, buc.1i as locomotivee, passenger oars, baggage cars, freight oars, coal cars, etc. A railway company just established, which has not the means to stock its road properly, may have locomotives and cars to any extent from this novel corporation, which has, or shortly will have, over one hundred locomotives ready for use, and cars ad libitum. The capital is placed at $5,000,000, and good dividends i'roin its corporations are considered certain.