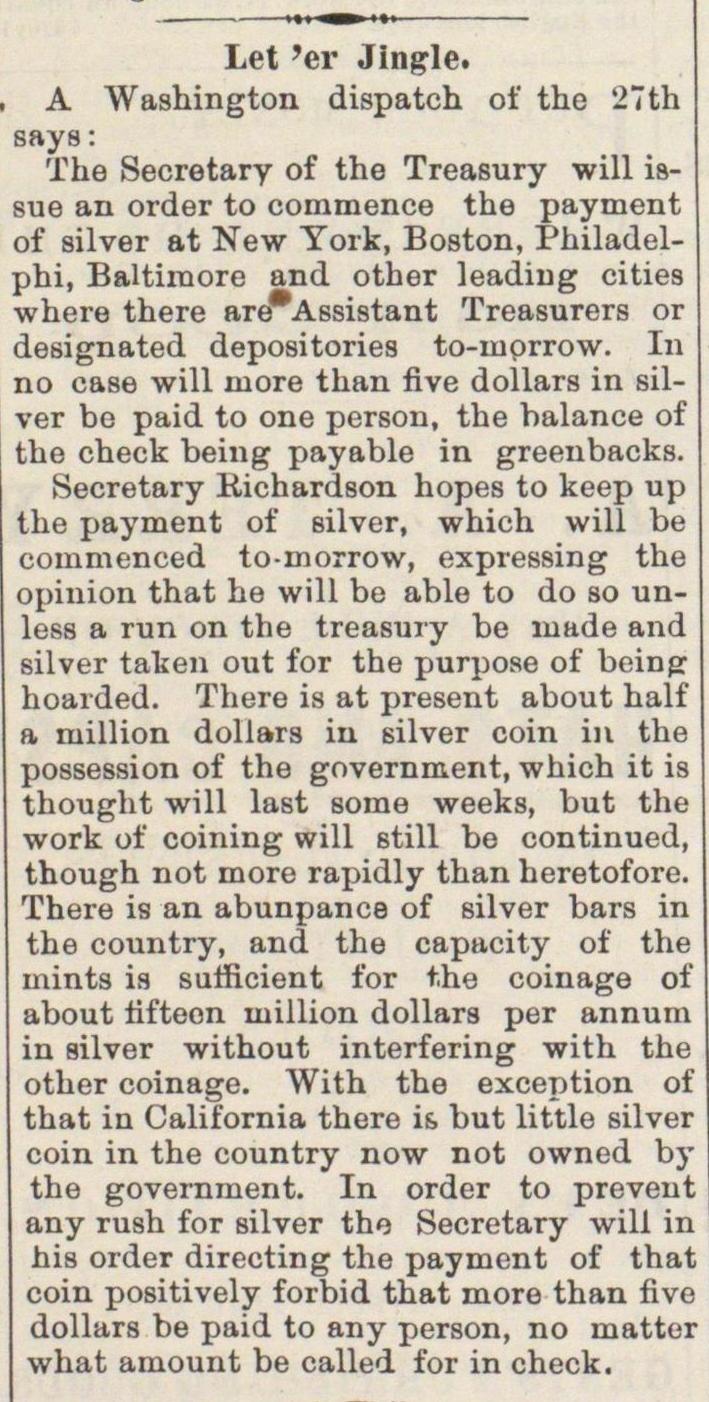 A Washington dispatch of the '27th saya: The Secretary of the Treasury will issue an order to commence the payment of silver at New York, Boston, Philadelphi, Baltimore and other leadiug cities where there are Assistant Treasurers or designated depositories to-inprrow. ín no case will more than five dollars in silver be paid to one person, the balance of the check being payable in greenbacks. Secretary Richardson hopes to keep up the payment of silver, which will be commenced to-morrow, expressing the opinión that he will be able to do so unless a run on the treasury be made and silver taken out for the purpose of being hoarded. There is at present about half a million dollars in silver coin in the possession of the government, which it is thought will last some weeks, but the work of coining will etill be continued, though not more rapidly than heretofore. There is an abunpance of silver bars in the country, and the capacity of the mints is sufficient for the coinage of about iifteon million dollars per annum in silver without interfering with the other coinage. With the exception of that in California there is but little silver coin in the country now not owned bj the government. In order to preven any rush for silver the Secretary will in his order directing the payment of tha coin positively forbid that more than five dollars be paid to any person, no matte what amount be called for in check.