The Demand For Healthy Women 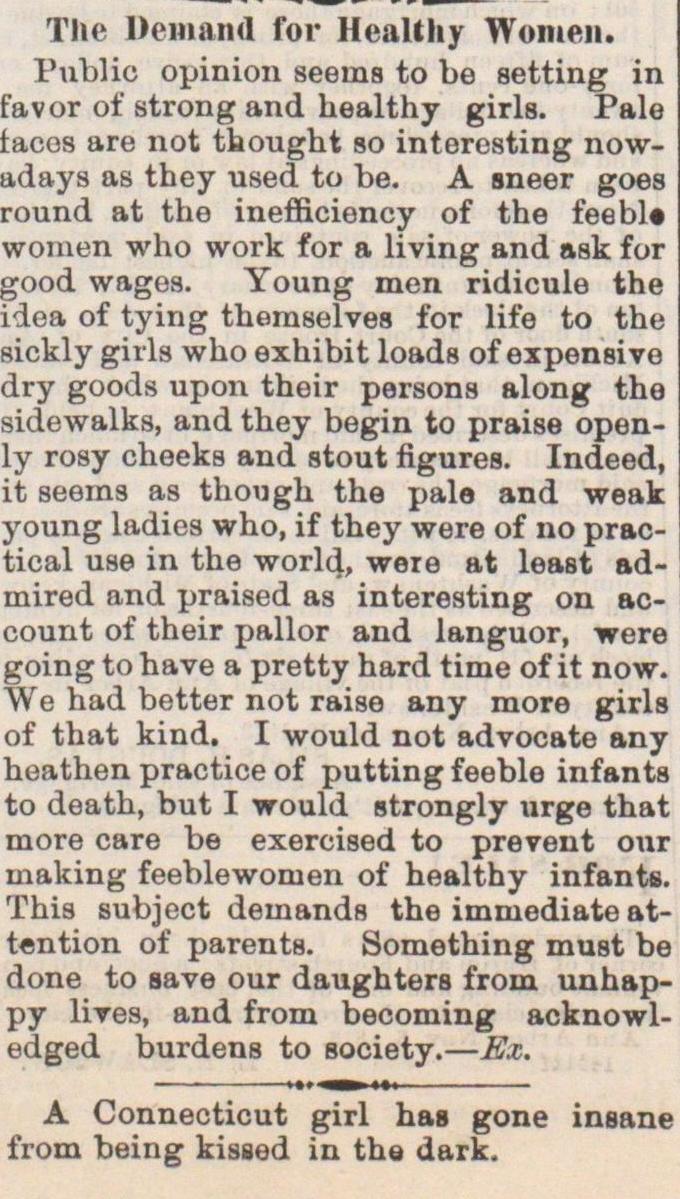 Public opinión seetns to be setting in favor of strong and healthy girls. Palé tacos are not tkought so interesting nowadays as they used to be. A sneer goes round at the inefficiency of the feebl women who work for a living and ask for good wages. Young men ridicule the idea of tying themselves for lifo to the sickly girls who exhibit loads of expensive dry goods upon their persons along the sidewalks, and they begin to praise openly rosy cheeks and stout figures. Indeed, it seems as though the palo and wenk young ladies who, if they were of no practical use in the world, were at least admired and praised as interesting on account of their pallor and languor, were going to have a pretty hard time of it now. We had better not raise any more girls of that kind. I would not advocate any heathen practice of putting feeble infants to death, but I would strongly urge that more care be exercised to prevent our inaking feeblewomen of healthy infants. This subject demands the immediate attention of parents. Something must be done to save our daughters from unhappy lires, and from becoming acknowledged burdens to society. - Ex. A Connecticut girl has gone insane from being kissed in the dark.