The Latest Butchery In Cuba 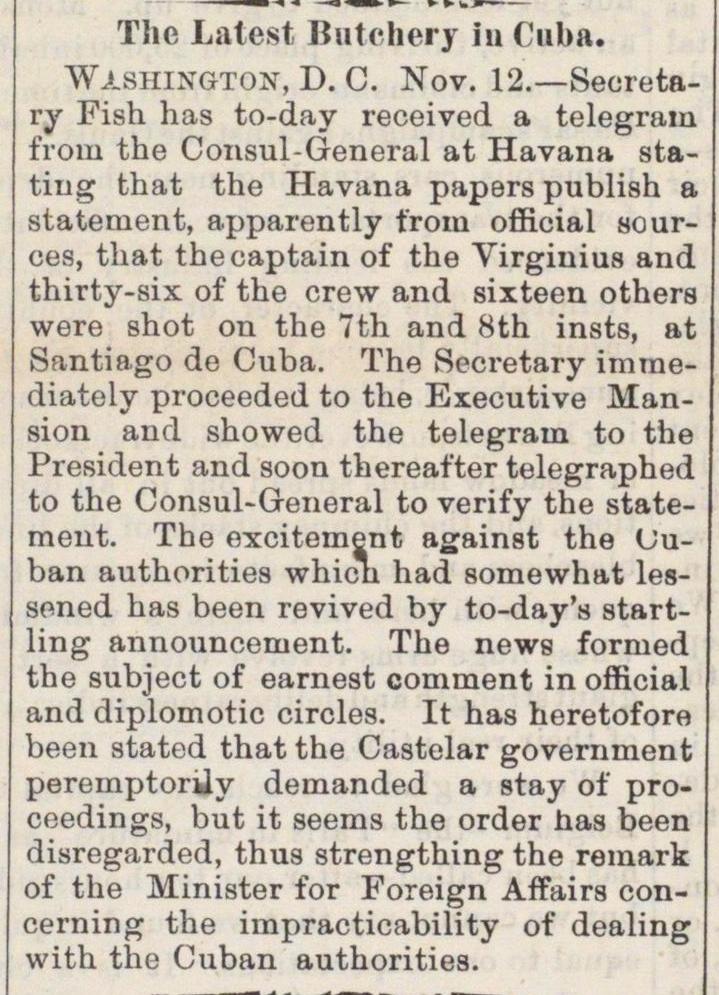 Washington, D. C. Nov. 12.- Secretary Pish has to-day received a telegram from the Cónsul-General at Havana stating that the Havana papers publish a statement, apparently trom official sources, that the captain of the Virginius and thirty-six of the crew and sixteen others were shot on the 7th and 8th insts, at Santiago de Cuba. The Secretary diately proceeded to the Executive Mansion and showed the telegram to the President and soon thereaf'ter telegraphed to the Consul-General to verify the statement. The excitement against the (Juban authorities which had somewhat lessoned has been revived by to-day's startling announcenient. The news formed the subject of earnest comment in official and diplomotic circles. It has heretofore been stated that the Castelar government peremptorily demanded a stay of procoedings, but it seems the order has been disregarded, thua strengthing the remark of the Minister for Foreign Affairs concerning the impracticability of dealing with the Cuban authorities.