Who Is To Blame! 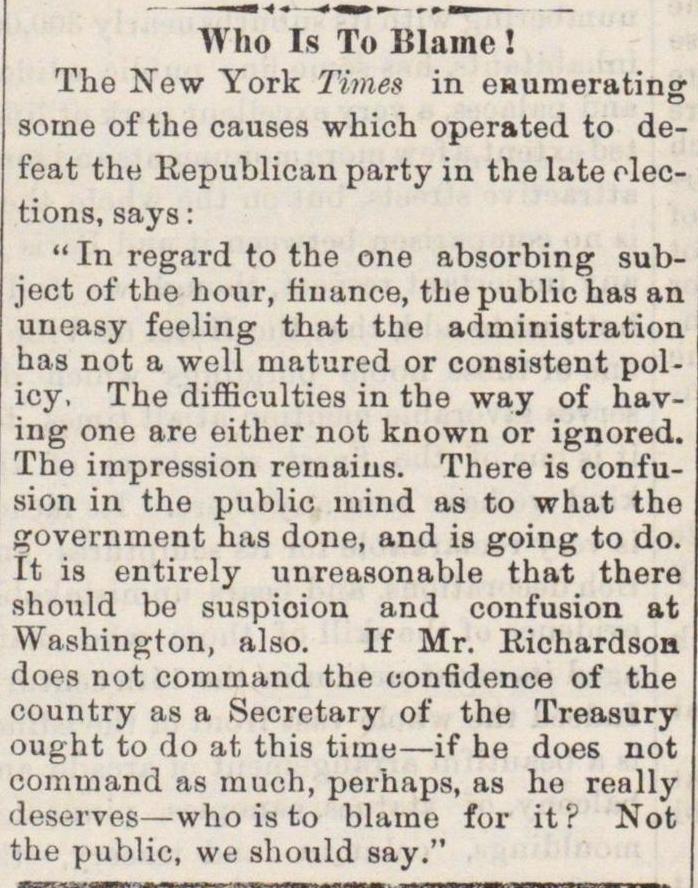 The New York Times in emimerating some of the causes which operated to defeat the Republican party in the late olections, says : " In regard to the one absorbing subject of the hour, nuance, the public has an uneasy feeling that the adininistration has not a well ruatured or consistent policy, The difliculties in the way of having one are either not known or ignored. The irapression remains. There is confusión in the public mind as to what the government has done, and is going to do. It is entirely unreasonable that there should be suspioion and confusión at Washington, also. If Mr. Richardson does not command the oonfidence of the country as a Secretary of the Treasury ought to do at this time - if he does not command as much, perhaps, as he really deserves - who is to blame for it? Not the public, we should say."