The Right Kind Of A Judge 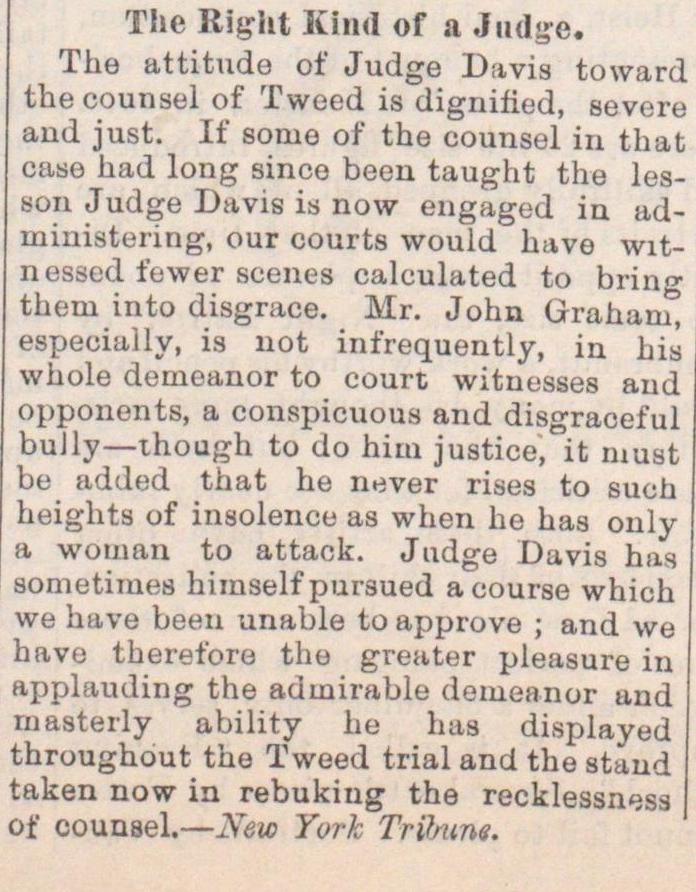 The attitude of Judge Davis toward the counsel of Tweed is dignified, severe and just. If some of the counsel in that case had long sinco been taught the lesson Judge Davis is now engaged in administering, our courts would have witnes=ed fewer scènes calculated to bring thein into disgrace. Mr. John Graham, especiaüy, is not infrequently, in his whole demoanor to court witnesses and opponents, a conspicuous and disgraceful buJly- though to do him justice, it must bü added that he never rises to such heights of insolence as when he has only a wouian to attack. Judge Davis has sometiraes himself puraued acourse which we have beeu unable to approve ; and we havu theretbre the greater pleasure in applauding the admirable demeanor and niasterly ability he has displayed throughout the Tweed trial and the stand taken now in rebuking the recklessness of