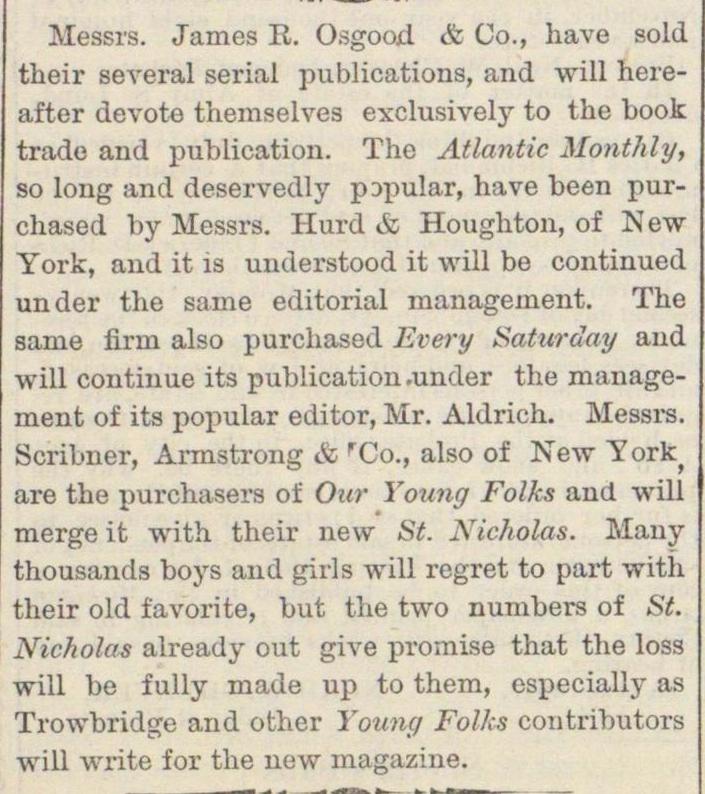 Messrs. James E. Osgood & Go., have sold their several serial publications, and will hereafter devote themselves exclusively to the book tradü and publication. The Atlantic Monthly, so long and deservedly papular, have been purchased by Messrs. Hurd & Houghton, of New York, and it is understood it will be continued under the same editorial management. The same Sim also purchased Every Saturday and will continue its publication .under the management of its popular editor, Mr. Aldrich. Messrs. Scribner, Armstrong & 'Co., also of New Yor are the purchasers of Our Young Folks and will merge it with their new Si. Nicholas. Many thousands boys and girls will regret to part witii their old favorite, but the two numbers of St. Nicholas already out give promise that the loss will be fully made up to them, especially as Trowbridge and other Young Folks contributors will write for the new magazine.