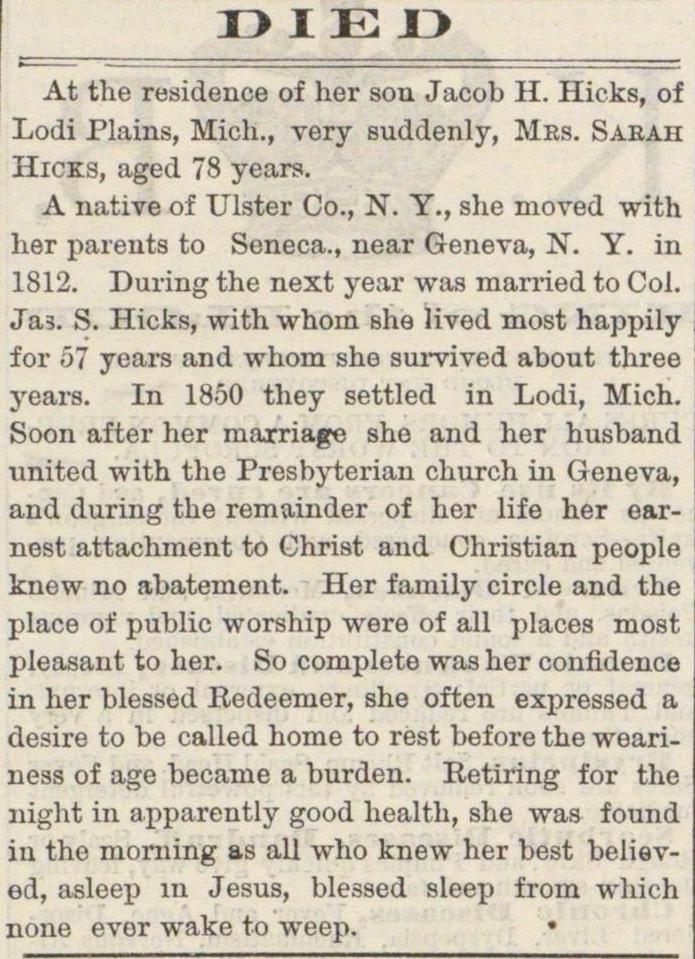 At the residence of her son Jacob H. Hicks, of Lodi Plains, Mich., very suddenly, Mrs. Sarah Hicks, aged 78 years. A native of Ulster Co., N. Y., she moved with lier parents to Seneca., near Geneva, N. Y. in 1812. During the next year was married to Col. Jas. S. Hicks, with whom she lived most happily for 57 years and whom she survived about three years. In 1850 they settled in Lodi, Mich. Soon after her marriage she and her husband united with the Presbyterian church in Geneva, and during the remainder of her life her earnest attachment to Ghrist and Christian pcople knew no abatement. Her family circle and the place of public worship were of all places most pleasant to her. So complete was her confidence in her blessed Bedeemer, she often expressed a desire to be called home to rest before the weariness of age became a burden. Eetiring for the night in apparently good health, she was found in the morning as all who knew her best believed, asleep m Jesus, blessed sleep from which none eve-r wake to weep.