The Breitenbach Murder Case Was Concluded 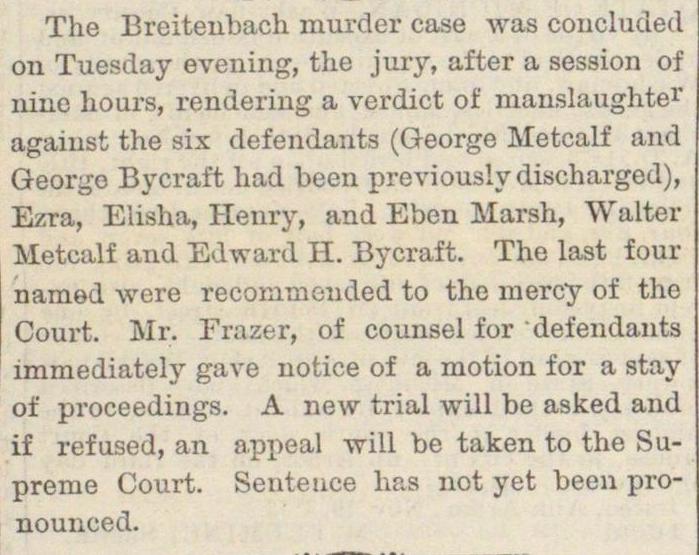 The Breitenbach murder case was concluded on Tuesday evening, the jury, after a session of nine hours, rendering a verdict of manslaughter against the six defendants (George Metcalf and George Bycraft had been previously discharged), Ezra, Elisha, Henry, and Eben Marsh, Walter Metcalf and Edward H. Bycraft. The last four named were recommended to the mercy of the Court. Mr. Frazer, of counsel for defendants immediately gave notice of a motion for a stay of proceedings. A new trial will be asked and if refused, an appeal will be taken to the Supreme Court. Sentence has not yet been pronounced.