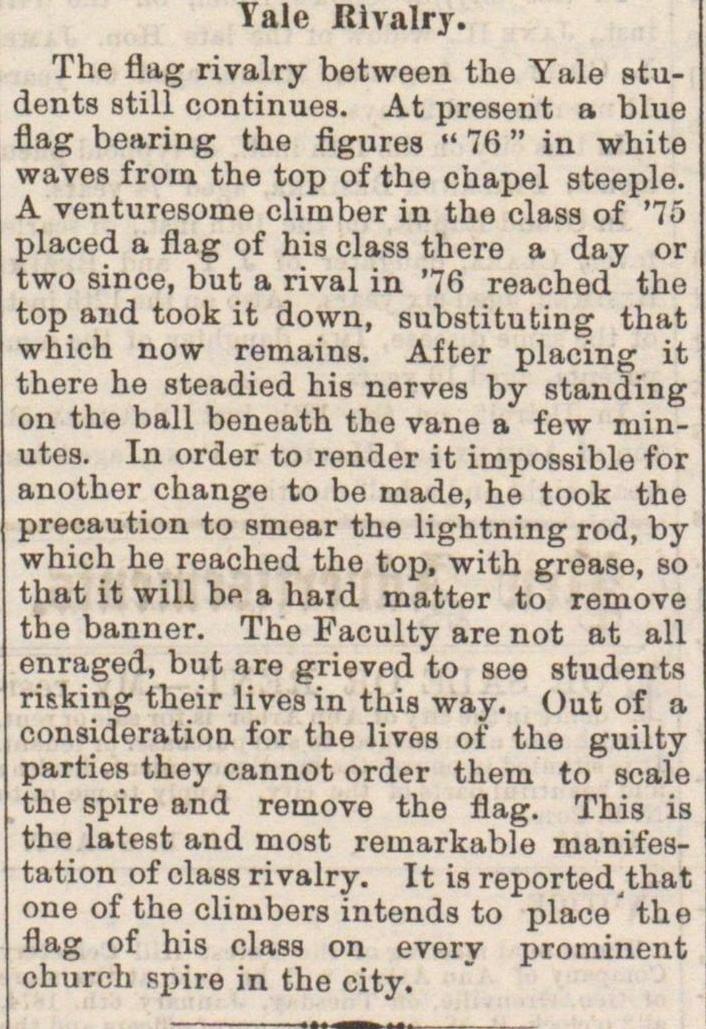 loe tlag nvalry between the Yale students still continúes. At present a blue flag bearing the figures "76" in white waves from the top of the chapel steeple. A venturesome climber in the class of '75 placed a flag of his class there a day or two since, but a rival in '76 reached the top and took it down, substituting that which now remains. After placing it there he steadied his nerves by standing on the ball beneath the vane a few minutos. In order to render it impossible for anothor change to be made, he took the precaution to smear the lightning rod, by which he reached the top, with grease, so that it will bp a haid matter to remove the banner. The Paculty are not at all enraged, but are grieved to see students risking their lives in this way. Out of a consideration for the lives of the guilty parties they cannot order them to scale the spire and remove the flag. This is the latest and most reinarkable manifestation of class rivalry. It is reported that one of the climbers intends to place the flag of his class on every prominent church spire in the city.