An Opinion Worth Having 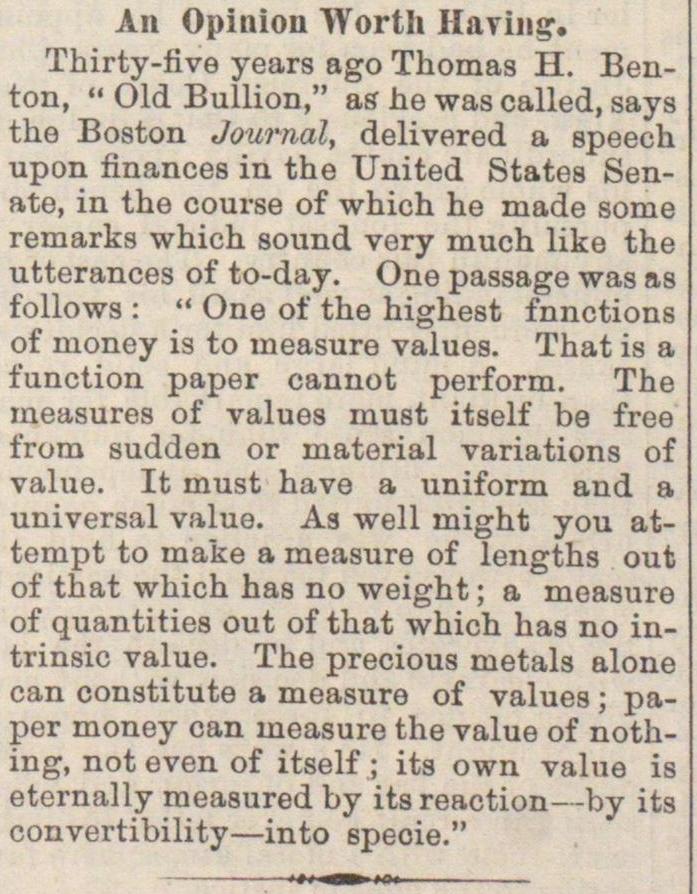 Thirty-five years ago Thomas H. Benton, " Old Bullion," as he was called, says the Boston Journal, delivered a speech upon finances in the United States Senate, in the course of which he made some remarks which sound very much like the utterances of to-day. One passage was as follows : " One of the highest fnnctions of money is to measure values. That is a function paper cannot perform. The measures of values must itself be free trom sudden or material variations of value. It must have a uniform and a universal value. As well rnight you attempt to make a measure of lengths out of that which has no weight; a moasure of quantities out of that which has no intrinsic value. The precious metáis alone can constitute a measure of values ; paper money can measure the value of nothing, not even of itself ; its own value is eternally measured by itsreaction--by its convertibility - into speoie." 1 1 mm i ii