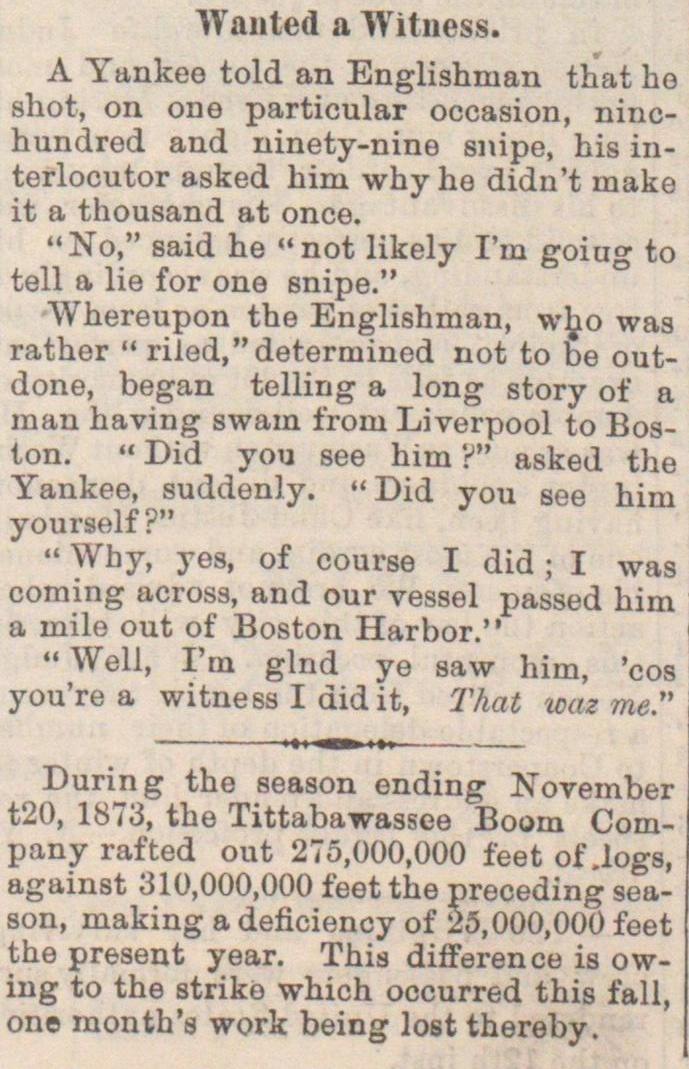 A Yankee told an Bnglishman that he shot, on one particular occasion, ninc hundred and ninety-nine snipe, his in terlocutor asked him why he didn't mako it a thousand at once. "No," said he "not likely I'm goiag to tell a lie for one snipe." Whereupon the Englishman, who was rather " riled,"determined not to be out done, began telling a long story ot' a man having swam í'roni Liverpool to Bos ton. " Did you see him ?" asked the Yankee, suddenly. "Did you see him yourself ?" " Why, yes, of course I did ; I wa coming across, and our vessel passed him a mile out of Boston Harbor." "Well, I'm glnd ye saw him, 'co you're a witness I didit, That wa me.' During the season ending November t'20, 1873, the Tittabawassee Boom Company rafted out 275,000,000 feet of Jogs, against 310,000,000 feet the preceding season, making a deficiency of 25,000,000 feet the present year. Thia diíference is owing to the strike which occurred this fall, one month's work being lost thereby.