A Woman In The Case 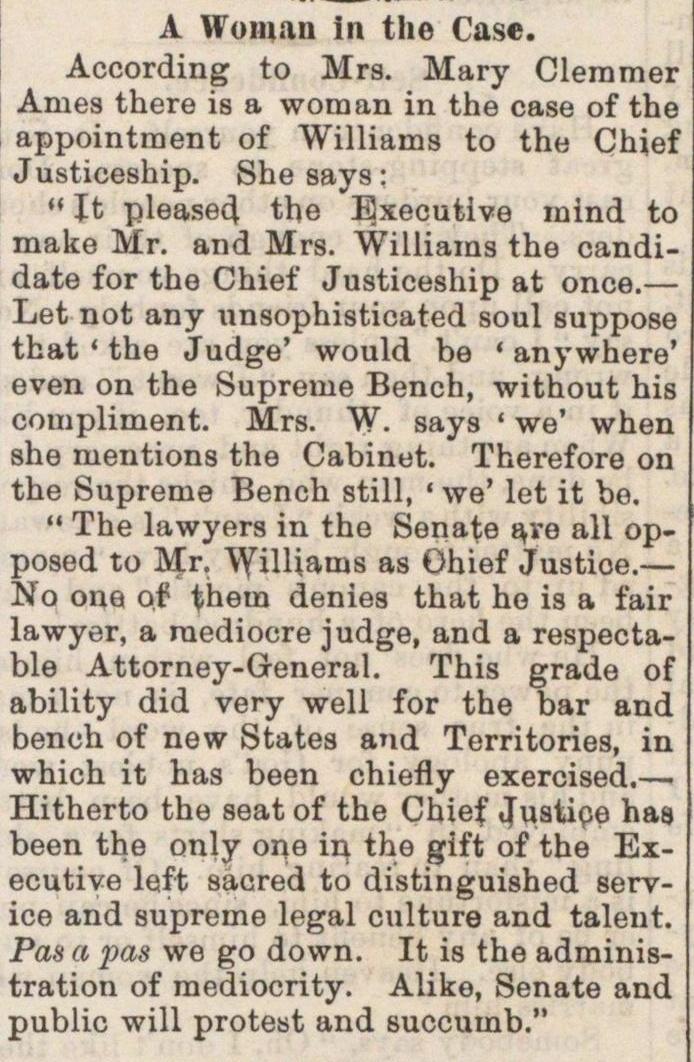 According to Mrs. Mary Clemme Ames there is a woman in the case of th appointment of Williams to the Chie Justiceship. She says : " It pleased the Bxeoutiva mind to make Mr. and Mrs. Williams the candidate for the Chief Justiceship at once. - Let not any unsophisticated soul suppose that ' the Judge' would be ' anywhere' even on the Supreme Beneh, without his compliment. Mrs. W. says ' we' when she mentions the Cabinet. Therefore on the Supreme Bench still, ' we' let it be. " The lawyers in the Senate a,ve all opposed to Mr. Williams as Ohief Justioe. - No ona of them denies that he is a fair lawyer, a mediocre judge, and a respectable Attorney-General. This grade of ability did very well for the bar and bench of new States and Territorios, in which it has been chiefly exercised. - Hitherto the seat of the Chief J,ustipe has been the only one in the gift of the Executiye left sacred to distinguished service and supreme legal culture and talent. Pasa pas we go down. It is the administration of mediocrity. Aliko, Senate and public will protest and succuinb."