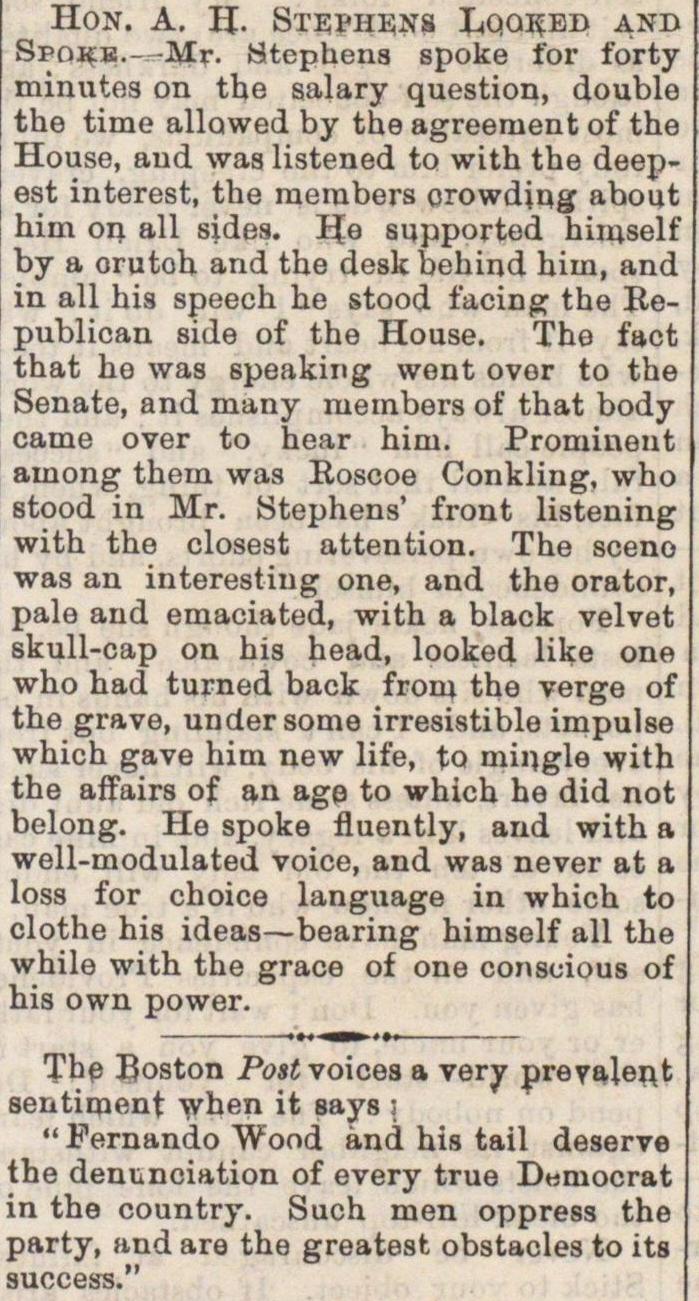 minutes on the salary question, doublé the time allawed by the agreement of the House, and was listened to with the deep est interest, the raembers orowding ahou him on all sides. IJe supported himsel by a orutoh and the deskbehind him, an( in all his speech he stood facing the Republican 8Íde of the House. The fact that he was speaking went over to the Senate, and many members of that body came over to hear him. Prominent ainong them waa Boscoe Conkling, who stood in Mr. Stephens' front listening with the closest attention. The sceno was an interestiug one, and the orator, pale and emaciated, with a black velvet skull-cap on his head, looked like one who had turned back from the verge of the grave, undersome irresistible impulse which gave him new life, tQ mingle with the affairs of an age to which he did not belong. He spoke fluently, and with a well-modulated voice, and was never at a loss for choice language in which to clothe his ideas - bearing himself all the while with the grace of one consoious of his own power. Tl Boston Post voices a very prevalen, t sentiment when it says " Fernando Wood ánd his tail deserve the denunciation of every true Dumocrat in the country. Such men oppress the party, and ara the greatest obstaoles to its success."