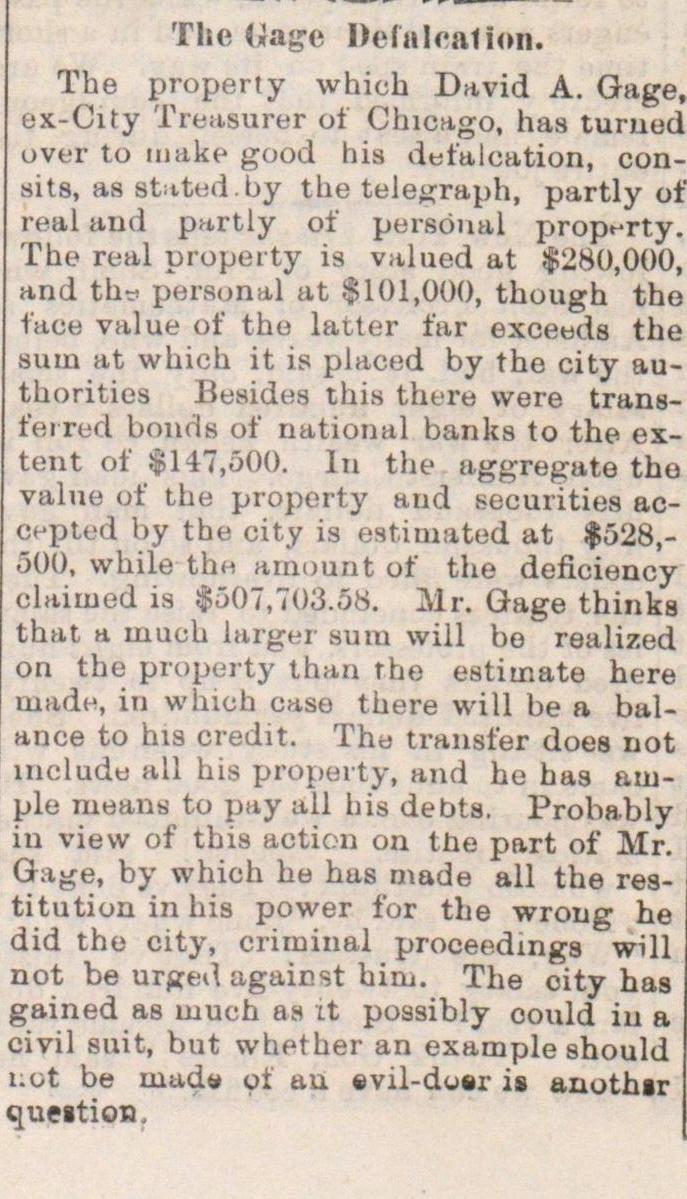 The property which David A. Gage, ex-City Treasurer of Chicago, has tumed over to niake good his defaloation, consits, as stated.by the telegraph, partly of real and partly of personal rty. The real property is valued at $280,000, and tht. personal at $101,000, though tho face value of tho latter far exceeds the sum at whioh it is placed by the city authorities Besides, this there were transferred boude of national banks to the extent of $147,.JOO. In the aggregate tho valne of the property and securities acct-pted by tbe city is estimated at $528,500, while thu amount of the deficiency claiiued is $507,703.58. !Mr. Gage thinks that a much larger sum will bo realized on the property than tbe estimate here made, in whioh caso there will be a balance to his credit. Tha transfer does not mcludu all his property, and he has atujle means to puy all his debts. Probably n view of this action on tho part of' Mr. ïage, by which he has made all the restitution in his power for the wrong he did tho city, criminal proceedmgs will not be urgeil agaicst hini. The city has gained as much as tt possibly oould in a civil 8uit, but whfther an example should i.ot be uiadv of au evil-duer is anothir quettiou.