Playing Billiards With His Nose 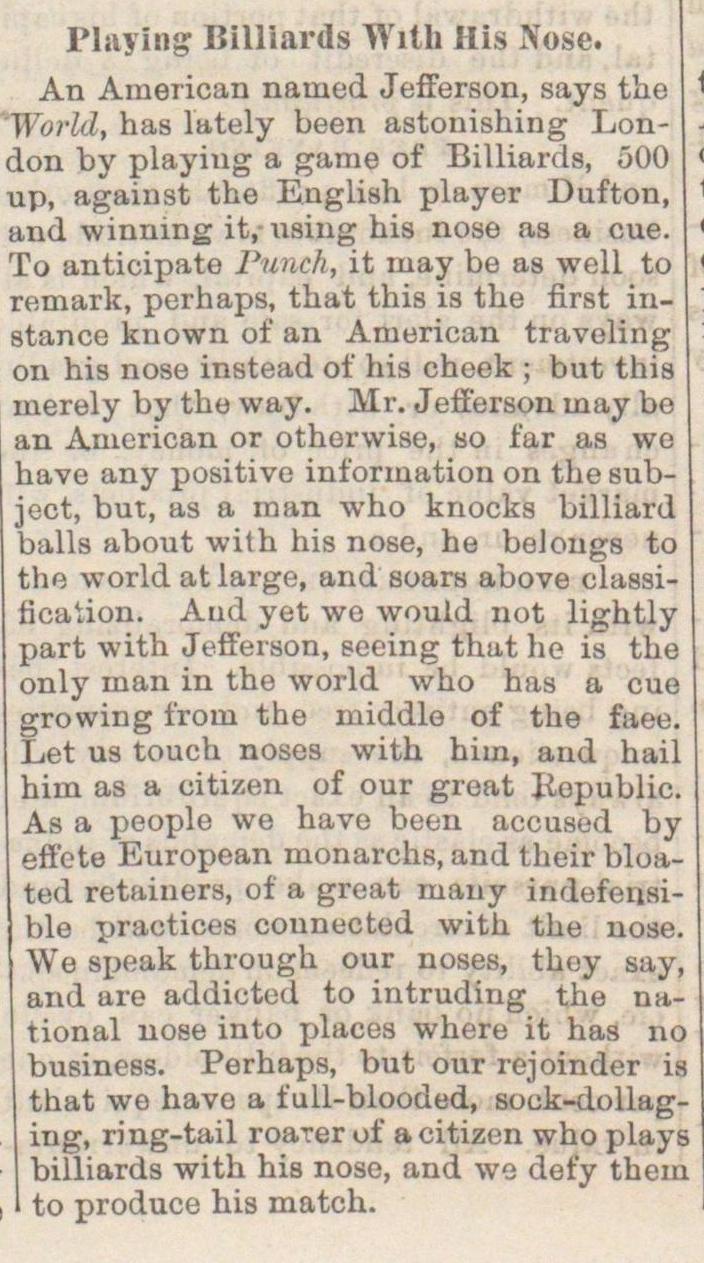 'World, has lately been astonishing London by playhig a game of Billiards, 500 up, against the English player Dufton, and winning it.-using his nose as a cue. To anticípate Punch, it may be as well to remark, perhaps, that this is the first instance known of an American traveling on his nose instead of his cheek ; but this merely by tho way. Mr. Jefferson may be an American or othorwise, so far as wc have any positivo information on the subject, but, as a man who knocks billiard balls about with his nose, he belougs to tho world at large, and soars above classificaiion. Aud yet we would not lightly part with Jyfferson, seeing that lie is the only man in the world who has a cue growing from the middle of the faee. Let us touch noses with him, and hail As a people we have been accused by eft'cte European monarchs, and their bloated retainers, oí a great many indefensibie practiees counected with the nose. We speak through our noses, they say, and ure addicted to intruding the national nose into places where it has no business. Perhaps, but our rejoinder is that we havo a f ull-blooded, souk-dollagiug, ring-tail roaTerof acitizen who plays billiards with his nose, and we defy them to produce his match.