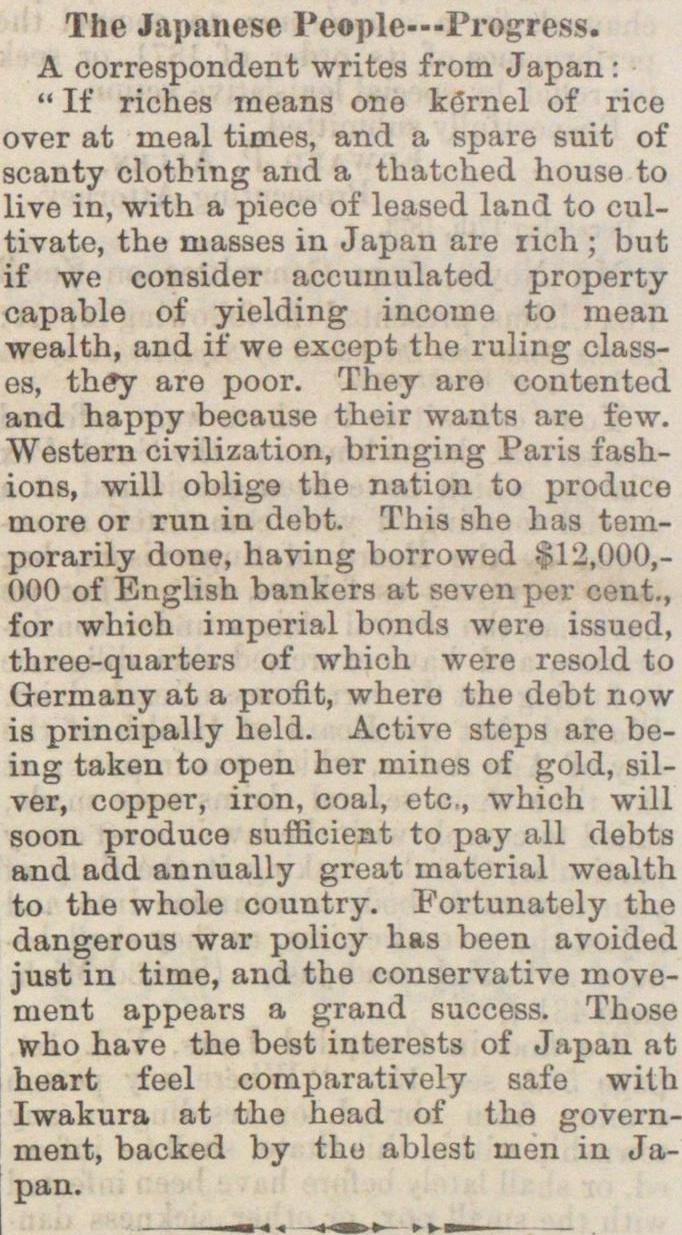 A correspondent writes from Japan : " If riches means one körnel of rice over at meal times, and a spare suit of scanty clotbing and a tbatched house to live in, with a piece of leased land to cultívate, the masses in Japan are lich ; but if we consider accuinulated property capable of yielding incoine to mean wealth, and if we except the ruling classes, thffy are poor. They are contented and happy because their wants are few. Western civilization, bringing Paris fashions, will oblige the nation to produce more or run in debt. This she has temporarily done, having borro wed $12,000,000 of English bankers at seven per cent., for which imperial bonds were issued, three-quarters of which were resold to Germany at a profit, whero the debt now is principally held. Active steps are being taken to open her mines of gold, silver, copper, iron, coal, etc, which will soon produce sufficient to pay all debts and add annually great material wealth to the whole country. Fortunately the dangerous war policy has been avoided just in time, and the conservative movement appears a grand success. Those who have the bost interests of Japan at heart feel comparatively safe with Iwakura at the head of the government, backed by the ablest uien in Japan.