The Heat The Human Body Can Endure 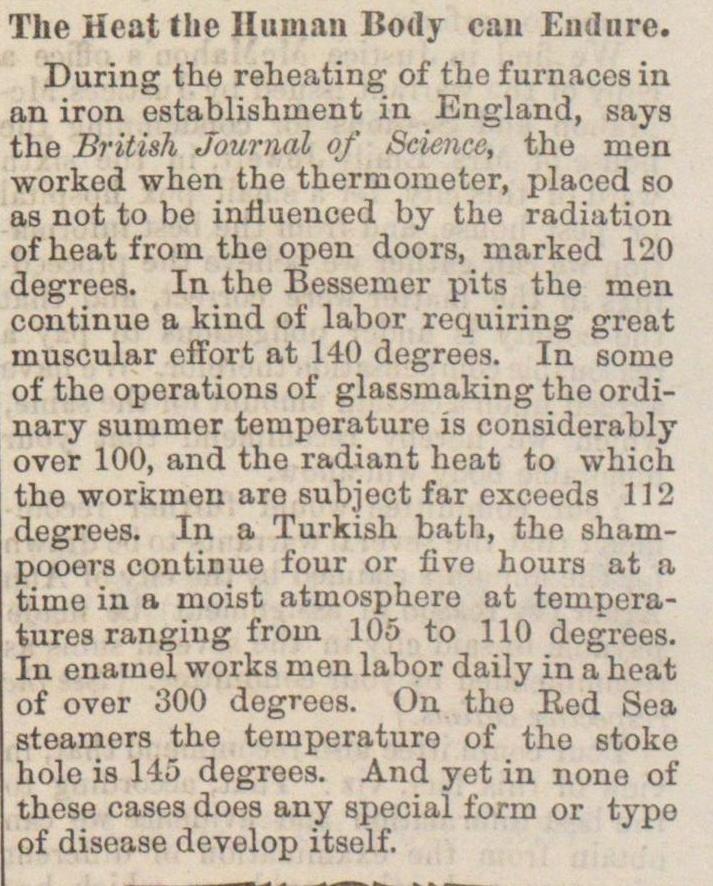 During the reheatmg oí the furnaces in an iron establishment in England, says the Britiah Journal of Science, the men workod when the thermometer, placed so as not to be influeuced by the radiation of heat f rom the open doors, marked 120 degrees. In the Bessemer pits the men continue a kind of labor requiring great muscular efibrt at 140 degrees. In some of the operations of glassmaking the ordinary sunimer temperature ís considerably over 100, and the radiant heat to which the workmen aro subject far exceeds 112 degrees. In a Turkish bath, the shampooers continue four or five hours at a time in a moist atmosphcro at teniperatures rangiug from 105 to 110 degrees. In enamel works men labor daily in a heat of over 300 degrees. On tho Eed Sea steamors the temperature of tho stoke hole is 143 degrees. And yet in none of these cases does any special form or type of diseaae develop itself.