Fourteen Years In Prison To Shield His Wife 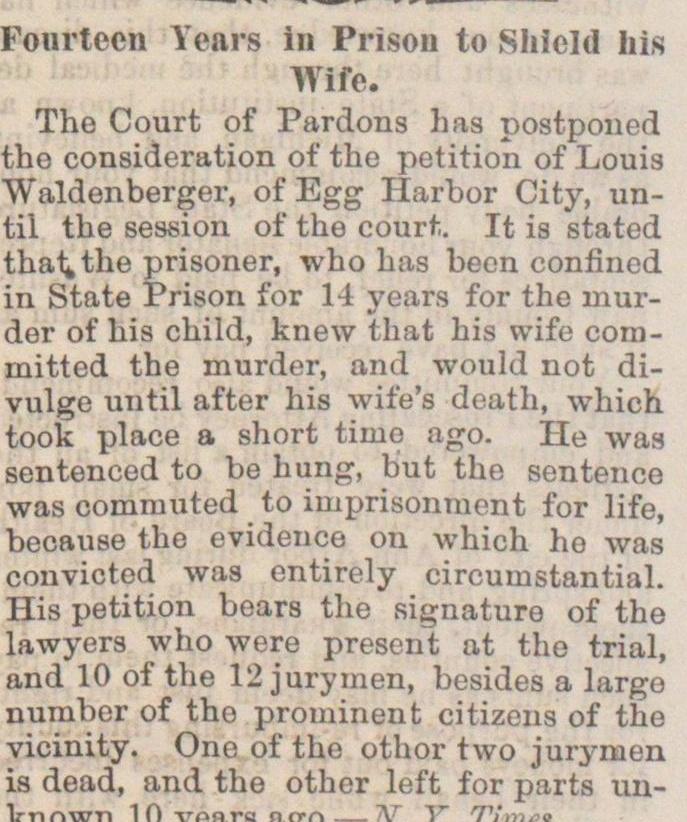 The Court of Pardons has postpoued tho consideration of the petition of Louis Waldenberger, of Egg Harbor City, until the session of the court. It is stated tha1the prisoner, who haa been conflned in State Prison for 14 years for the murder of his child, knew that his wife committed the murder, and would not divulge until after his wife's death, which took place a short time ago. He was genteneed to be hung, but the sentence was commuted to imprisonmont for life, beeftuse the evidence on which ho was convicted was entirely circumstantial. His petition bears the signature of the lawyers who were present at the trial, and 10 of the 12 jurymen, besides a large number of tho prominent citizens of the vicinity. Ono of tho othor two jurymen is dead, and the othor left for parts unlyTirOTTi 10 too fa n err 1"J V Timae