A Story Of Mr. Evarts 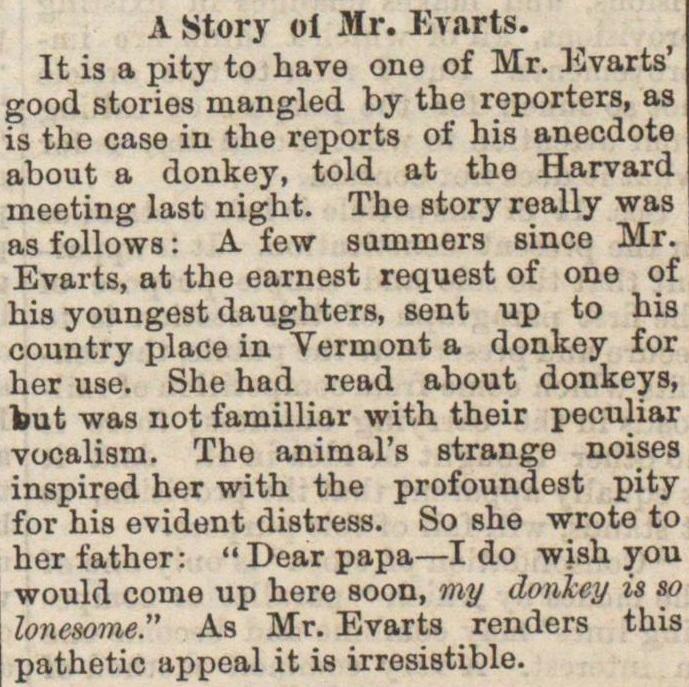 It is a pity to have ono of Mr. Evarts good stories mangled by the reporters, as is the case in the reports of his anecdote about a donkey, told at the Harvard meeting last night. The story really was as follows : A few summers since Mr. Evarts, at the earnest request of one of his youngest daughters, sent up to his country place in Vermont a donkey for her use. She had read about donkeys, but was not familliar with their peculiar vocalism. The animal's strange rtoises inspired her with the profoundest pity for his evident distress. So she wrote to hor father: "Dearpapa - Ido wish you would come up here soon, ray donkey is so lonesome." As Mr. Evarts renders this pathetic appeal it is irresistible.