The Prospects In New Hampshire 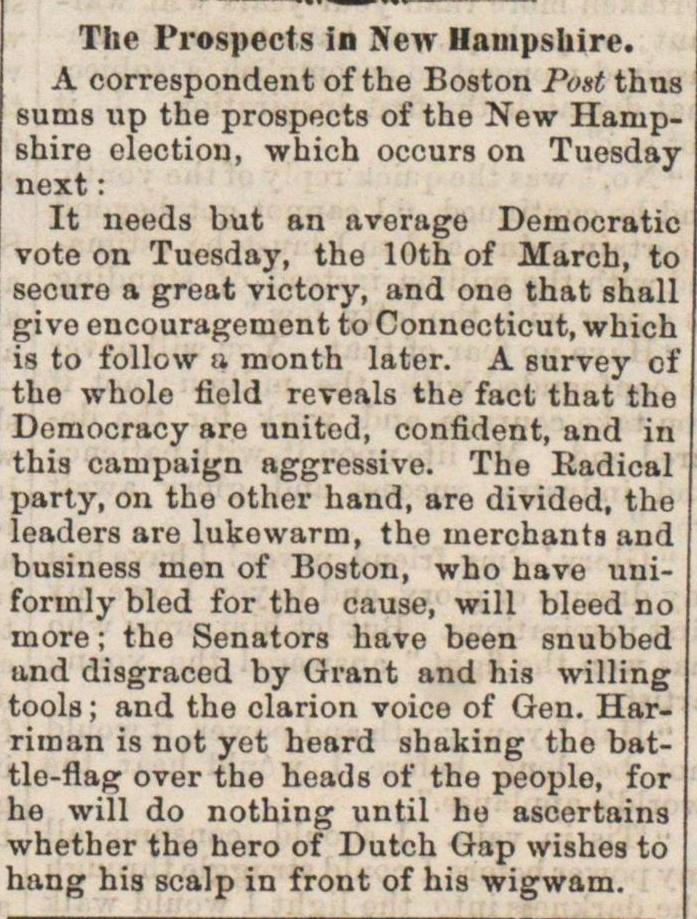 A correspondent of the Boston Post thus suma up the prospecta of the New Harupshire election, which occurs on Tuesday next : It needs but an average Democratie vote on Tuesday, the lOth of March, to secure a great victory, and one that shall give encouragement to Connocticut, which is to follow a, month later. A survey of the whole field reveáis the fact that the Domocracy are united, confldent, and in this campaign aggressive. The Radical party, on the othcr hand, are dividod, the leaders are lukowarm, the merchanta and business men of Boston, who have uniformly bied for the cause, will bleed no more ; the Senators have been snubbed and disgraced by Grant and his willing tools ; and the clarión voice of Gen. Harriman is not yet heard shaking the battle-flag over the heads of tho people, for he will do nothing until he ascertains whether the hero of Dutch Gap wishes to hang his scalp in front of his wigwam.