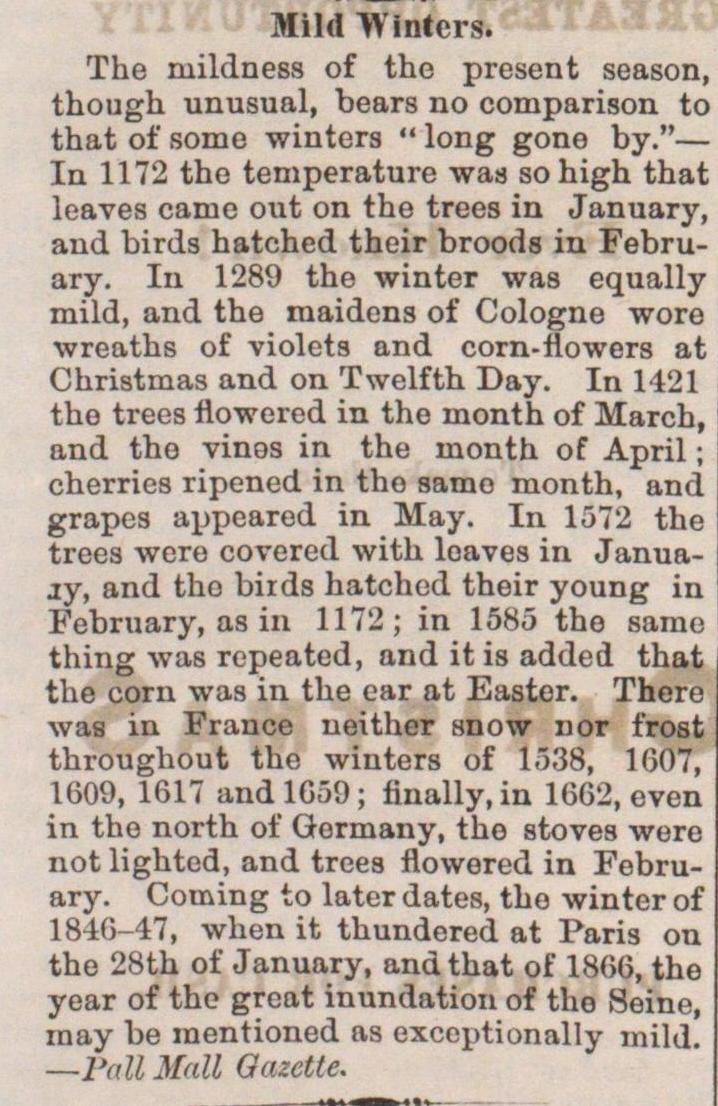 The niildness of the present season, though unusual, bears no comparison to that of some winters " long gone by." - In 1172 tho temperature was so high that leaves caruc out on the trees in January, and birds hatched their broods in February. In 1289 the winter was equally mild, and the raaidens of Cologne wore wreaths of violets and corn-flowers at Christmas and on Twelfth Day. In 1421 the trees flowered in the inonth of March, and the vinos in the ïnonth of April ; cherries ripened in tho samo month, and grapos appeared in May. In 1572 the trees were covered with loaves in Januajy, and tho birds hatched their young in February, as in 1172; in 1585 the same thing was repeated, and it is added that the oom was in the car at Easter. There was in France ueither snow nor frost throughout the winters of 1538, 1007, 1609, 1617 and 1659 ; finally, in 1602, even in the north of Germany, tho stoves were not lighted, and trees flowered in February. Coming to later dates, tho winter of 1846-47, when it thundered at Paris on the 28th of January, and that of 1866, the year of the great inundation of tho Seine, inay be mentioned as exceptionally mild.