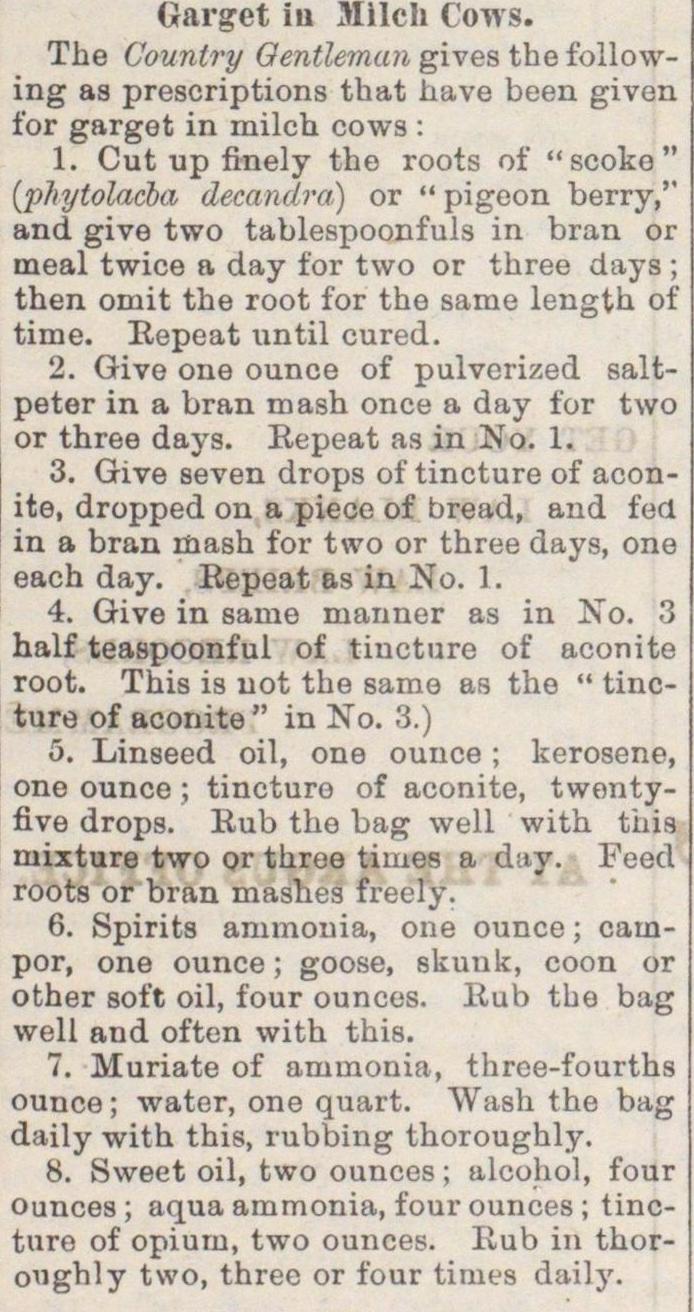 The Country Gentleman gives the following as presoriptions that have boen given for garget in milch cows : 1. Cut up finely the roots of "scoko" (phytolacba decandra) or "pigeon berry,'' and give two tablespoonfuls in bran or meal twice a day lor two or three days ; then omit the root for the same length of time. Eepeat until cured. 2. Give one ounce of pulverized saltpeter in a bran mash once a day for two or three days. Bepeat as in No. 1. 3. Give seven drops of tinoture of aconite, dropped on a pieoe of bread, and fed in a bran mash for two or three days, one each day. Eepeat as in No. 1. 4. Give in same manner as in Ko. 3 half teaspoonful of tincture of aoonite root. This is uot the same as the " tincture of aconite " in No. 8.) 5. Linseed oil, one ounce ; kerosene, one ounce ; tincturo of aconite, twontyfive drops. Rub the bag well with this mixture two or three times a dny. Feed roots or bran mashes freely. 6. Spirits ammouia, one ounce ; campor, one ounce ; goose, skunk, coon or other soft oil, four ounces. Eub the bag well and often with this. 7. Muriate of ammonia, three-fourths ounce ; water, one quart. Wash the bag daily with this, rubbing thoroughly. 8. Sweet oil, two ounces ; alcohol, four ounces; aqua ammonia, four ounces ; tincture of opium, two ounces. Eub in thoroughly two, three or four times daily.