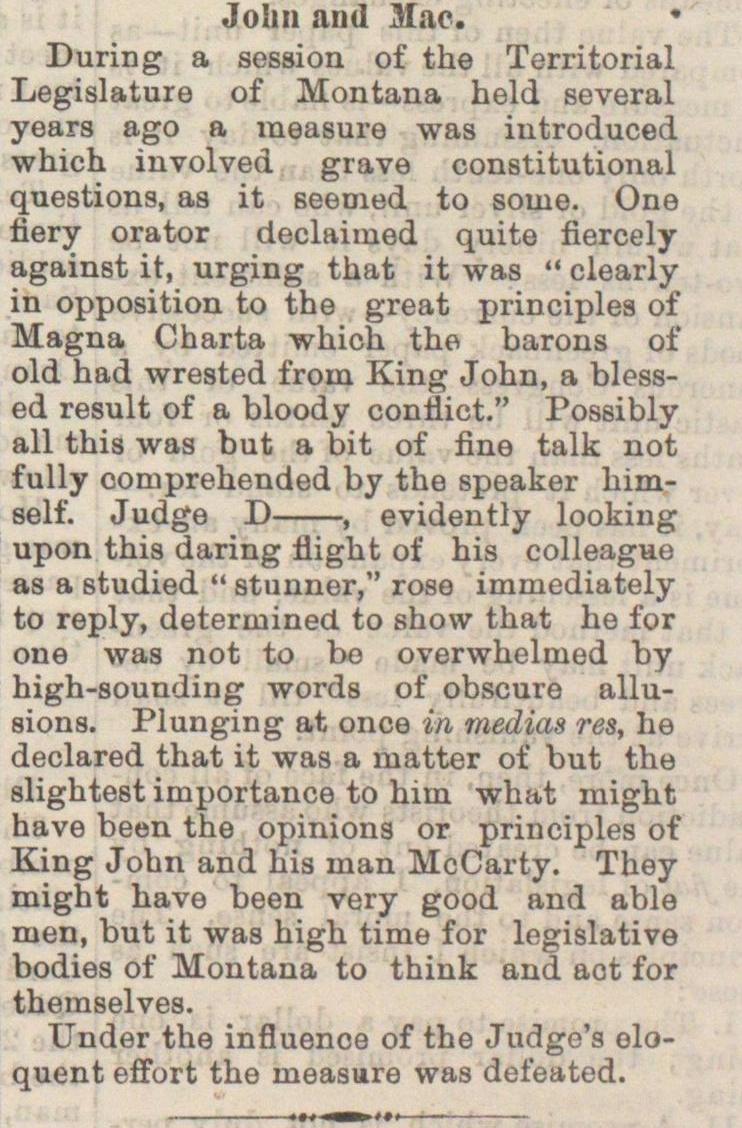 During a session of the Territorial Jegislature of Montana held several 'aars ago a ineasure was introduced which involved grave constitutional [uestions, as it seetned to souie. One iery orator declaimed quite fiercely against it, urging that it was " elearly n oppositiou to the great principies of Magna Charta which the barons of old had wrested from King John, a blessed result of a bloody conflict." Possibly all this was but a bit of fine talk not ully oomprehended by the speaker himself. Judge D , evidently looking upon this daring rlight of his colleague as a studied " stunner," rose immediately ;o reply, deterniined to show that he for one was not to be overwhelmed by ïigh-sounding words of obscure alluions. Plunging at once in medias res, he Leclared that it was a matter of but the lightest importanoe to him what might lave been the opinions or principies of King John and his man McCarty. They might have been very good and able men, but it was high time for legislativo odies of Montana to think and aot for ihernselves. Under the influence of the Judge's eloquent effort the measure was defeated.