Lime For Soils Of Fruit Orchards 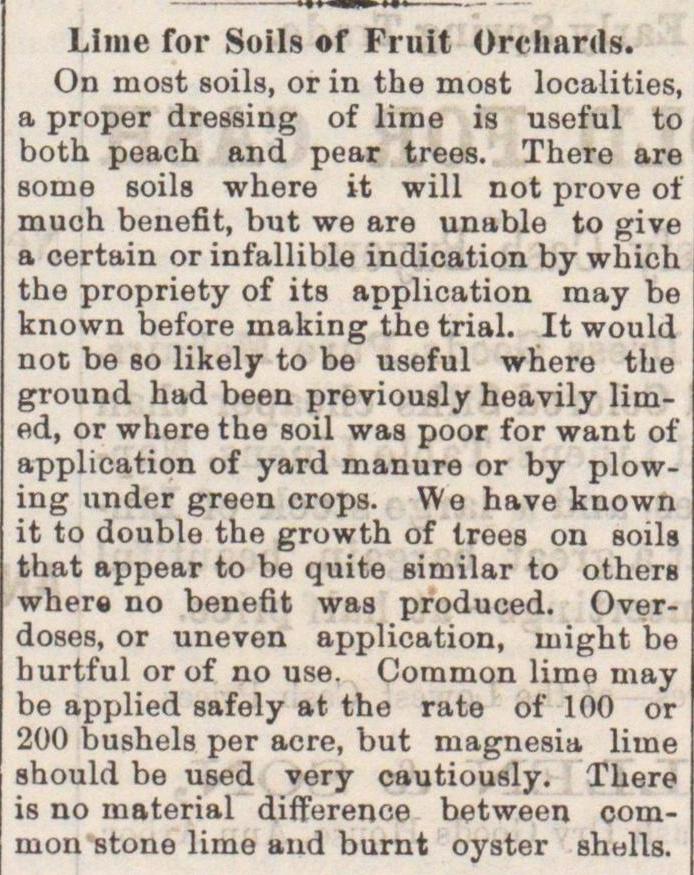 On most soils, or in the most locahties, a proper dressing of lime is useful to both peach and pear trees. There are 8ome soils where it will not prove ot much benefit, but we are umiblo to give a oertain or infallible indication by which the propriety of its applioation raay be known before making the trial. It would not be so likely to be useful where the ground had been previously heavily limfid, or where the soil was poor for want of application of yard manure or by plowing under green crops. We have known it to doublé the growth of trees on soils that appear to be quite similar to others where no benefit was produced. Overdoses, or uneven application, might be hurtful or of no use. Common lime may be applied safely at the rate of 100 or 200 bushels per aere, but magnesia lime should be used very cautiously. There is no material difference between comnion stone lime and burnt oyster shells.