The Custom Of "treating." 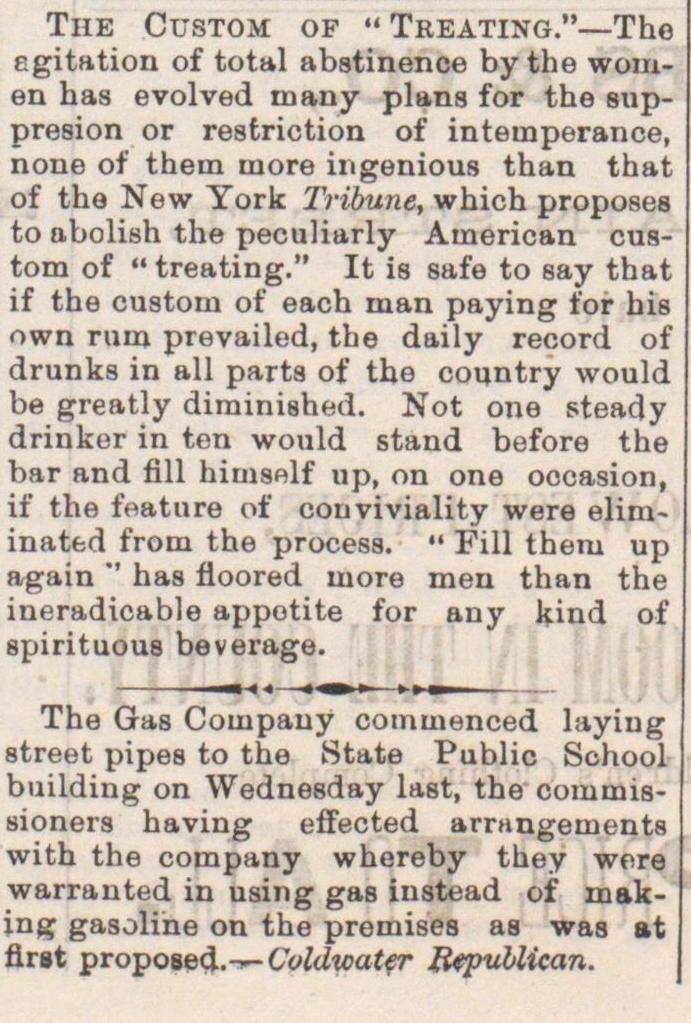 -The Egiuiiiou oí loim Dstinenoe Dy tne women has e vol ved tuaay plans for the suppresion or restriction of intemperance, none ot' them uiore ingenious than that of the New York Tribune, which proposes to abolish the peculiarly American oustom of "treating." It is safe to say that if the custom of eaoh man paying for bis own ruin prevailed, the daily record of drunks in all parts of the country would be greatly diminishnd. Not one steady drinker in ten would stand before the bar and fill himsfilf up, on one occasion, if the feature of couviviality were eliminated trom the process. " Fill them up again " has floored more men than the ineradicable appotite for any kind of spirituous beverage. --4 - -ê - ► ■ The Gas Couipauy commenced laying street pipes to the State Public School ouilding on Wednesday last, the commissioners having effected arrnngetuents with the company whereby they wore warranted in using gas instead of making gasoline on the premises as was at J jr-u . rit nrai