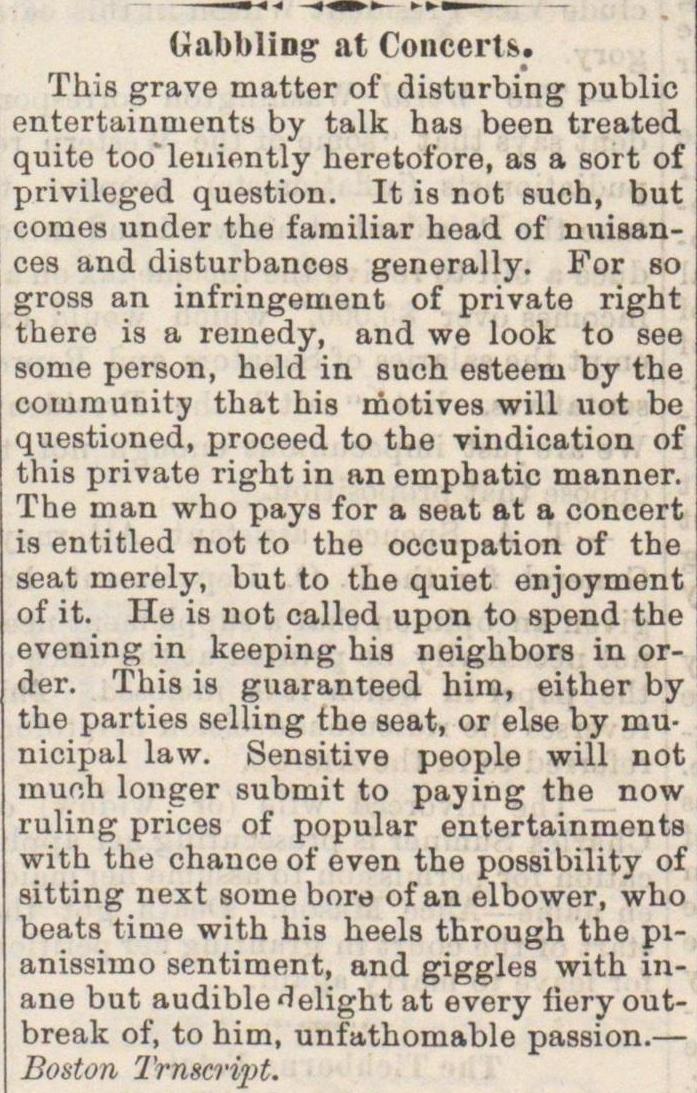 This grave matter of disturbing public entertainments by talk has been treated quite tooleuiontly heretofore, as a sort of jrivileged question. It is not such, but comea under the familiar head of nuisances and disturbances generally. For so gross an infringement of private right ;here is a remedy, and we look to see some person, held in such eBteem by the coiumunity that his motives will uot be questioned, proceed to the vindication of chis private right in an emphatic manner. The man who paya for a seat at a concert is entitled not to the occupation of the seat merely, but to the quiet enjoyment of it. He is uot called upon to spend the evening in keeping his neighbors in order. This is guaranteed him, either by the parties selling the seat, or else by municipal law. Sensitiva people will not murth longer submit to paying the now ruling prices of popular entertainments with the chance of even the possibility of sitting next some boro of an elbower, who beats time with his heels through the pianissimo sentiment, and giggles with inane but audible Helight at every lieryoutbreak of, to him, unfathomable passion. -