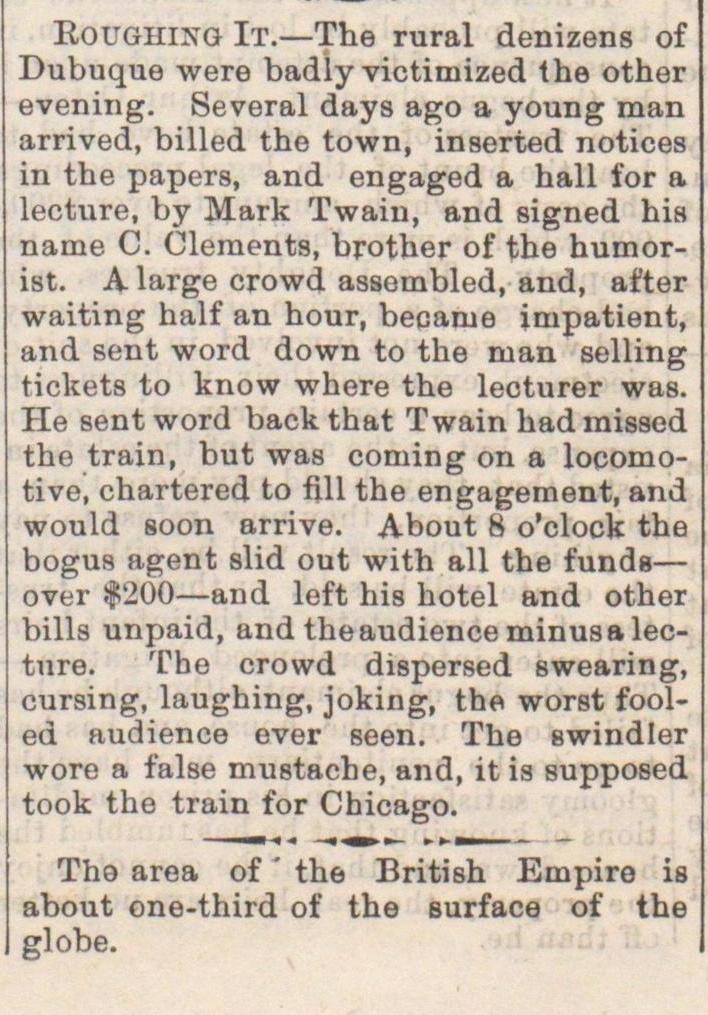 The rural denizens of Dubuque were badly victimized the other evening. Several days ago a young man arrived, billed the town, inserted notices in the papers, and engaged a hall for a lecture, by Mark Twaiu, and signed his name C. Clements, brother of the humorist. A large crowd assombled, and, after waiting half an hour, beoame impatient, and sent word down to the man selling tickets to know where the leoturer was. He sent word back that Twain had missed tho train, but was coming on a locomotive, chartered to fill the engagement, and would soon arrive. About 8 o'clock the bogus agent slid out with all the fundg - over $200 - and left his hotel and other bilis unpaid, and the audience minus a lecture. The crowd dispersed swearing, cursing, laughing, joking, the worst fooled audience ever seen. The Bwindler wore a false mustache, and, it is supposed took the train for Chicago. Tha area of ' the British Empire is about one-third of the surface of the globe.