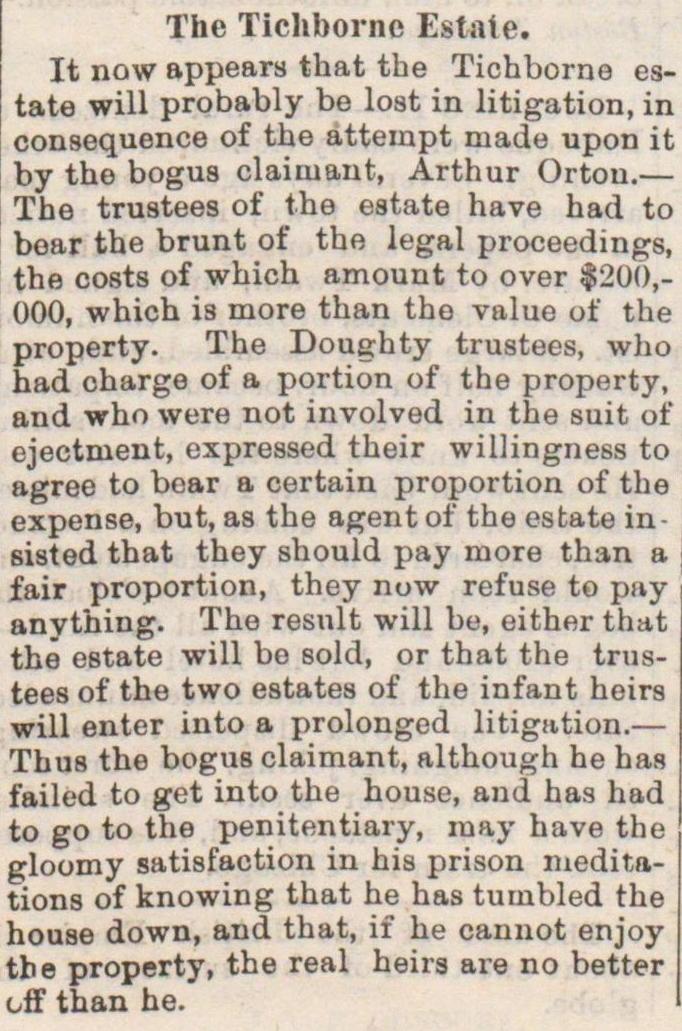 It now appears that the Tichborne esate will probably be lost in litigation, in consequence of the attempt made upon it )y the bogus clainiant, Arthur Orton. - Che trustees of the estáte have had to oar the brunt of the legal proceedings, he costs of which amount to over $200,)00, which is more than tho value of the roperty. The Doughty trustees, who ïad oharge of a portion of the property, and who were not involved in the suit of ejectment, expressed their willingness to agree to bear a oertain proportion of the expense, but, as the agent of' the estáte inisted that they should pay more than a air proportion, they now refuse to pivy anything. Tho result will bo, either that ihê estáte will bo sold, or that the trus;ees of the two estates of the infant hoirs will enter into a prolonged litigation. - 'bus the bogus claimant, although he has ailed to get into the house, and has had o go to the penitentiary, may have the tloomy satisfaction in his prison meditaions of knowing that he has tumbled the ïouse down, and that, if he cannot enjoy ti e property, the real heira are no better ff than he.