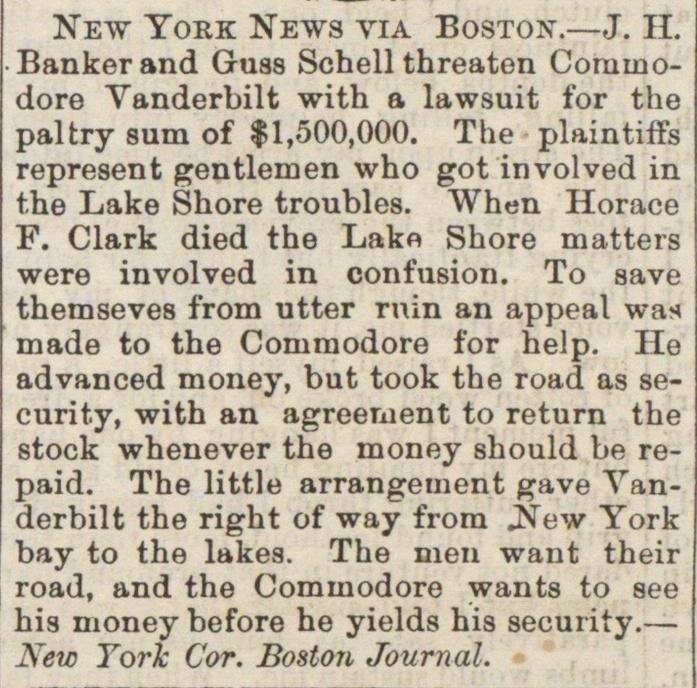 Bankerand Grúas Schell threaten Commodore Vanderbilt with a lawsuit for the paltry sum of $1,500,000. The plaintiffs represent gentlemen who got involved in the Lake Shore troubles. When Horace F. Clark died the Lako Shore matters were involved in confusión. To save themseves from utter ruin an appeal was made to the Commodore for help. He advanced money, but took the road as security, with an agreement to return the stock whenever the money should be repaid. The little arrangement gave Tanderbilt the right of way from jíew York bay to the lakea. The men want their road, and the Commodore wants to see his money before he yields his seourity. - New Torlc Cor. Boston Journal.