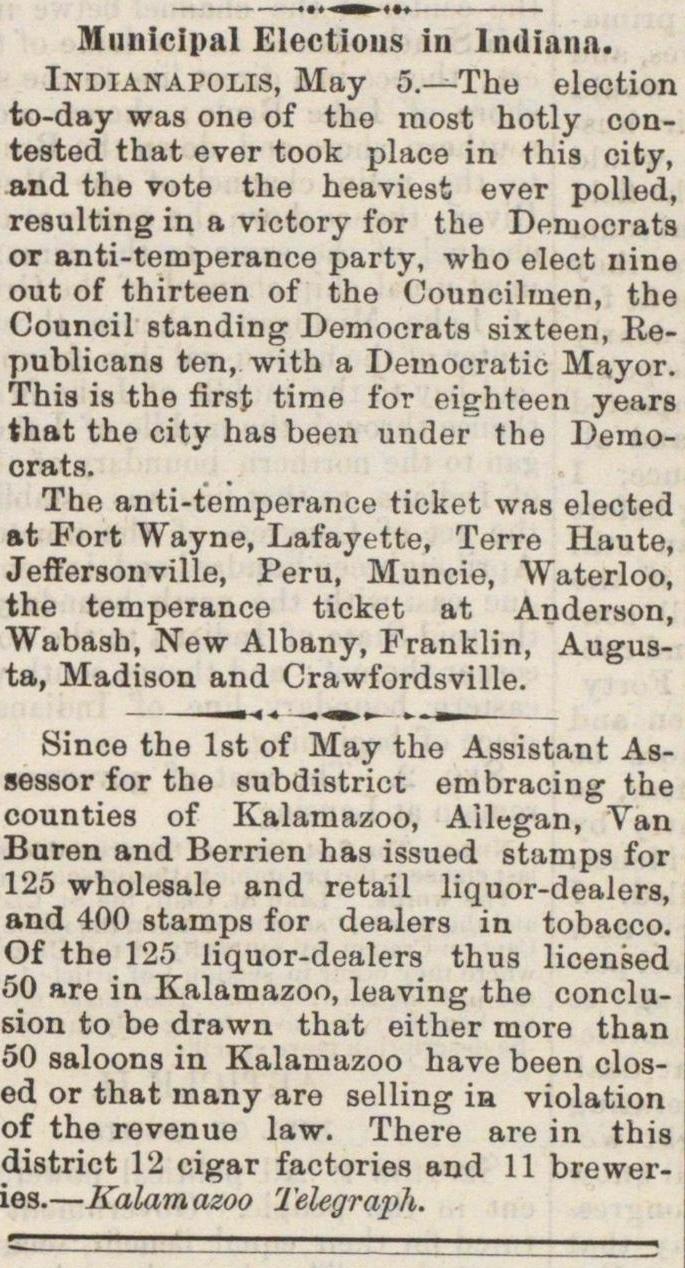 Indianapolis, May 5.--The election to-day was ono of tho roost hotly contested that ever took place in this city, and the vote the heaviest ever polled, resulting in a victory for the Denjocrats or anti-temperance party, who elect nine out of thirteen of the Oouncilinen, the Council standing Democrats sixteen, Eepublicans ten, with a Democratie Mayor. This is the firsj; time for eighteen years that the city has been under the Demoorats. The anti-temperance ticket was elected at Fort Wayne, Lafayette, Terre Haute, Jeffersonville, Peru, Muncie, Waterloo, the temperance ticket at Anderson, Wabash, New Albany, Franklin, Augusta, Madison and Crawfordsville. Since the lst of May the Assistant Assessor for the subdistricr embracing the counties of Kalamazoo, Allegan, Van Buren and Berrien has issued stamps for 125 wholesale and retail liquor-dealers, and 400 stamps for dealers in tobáceo. Of the 125 liquor-dealers thus licensed 50 are in Kalamazoo, leaving the conclusión to be drawn that either more than 50 saloons in Kalamazoo have been closed or that many are selling ia violation of the revenue law. There are in this district 12 cigar factories and 11 breweries. - Kalamazoo Telegraph.