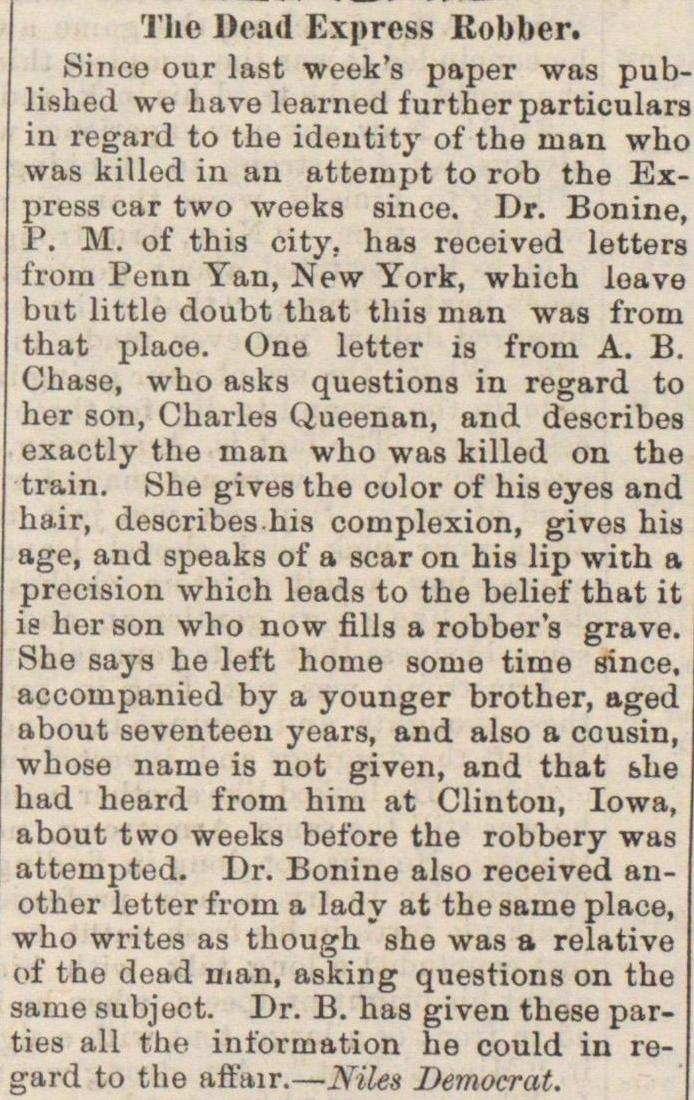 Sinco our last week's paper was published we have learned f urther particulars in regard to the identity of the man who was killed in an attempt to rob the Express car two weeks since. Dr. Bonine, P. M. of this city. has received letters froin Penn Yan, New York, whioh loave bilt little doubt that tliis man was from that place. One letter is from A. B. Chase, who asks questions in regard to her son, Charles Queenan, and describes exactly the man who was killed on the train. Bhe gives the color of his eyes and hair, describes his complexion, gives his age, and speaks of a scar on his lip with a precisión which leads to the belief that it is her son who now filis a robber 's grave. She saya he left home some time since, accompanied by a younger brother, aged about seventeeu years, and also a ccusin, whose name is not given, and that she had heard from him at Clinton, Iowa, about two weeks before the robbery was attempted. Dr. Bonine also received another letter from a lady at the same place, who writes as though she was a relativo of the dettd man, asking questions on the same subject. Dr. B. has given these parties all the information he could in regard to the aftair. - Niks Democrat.