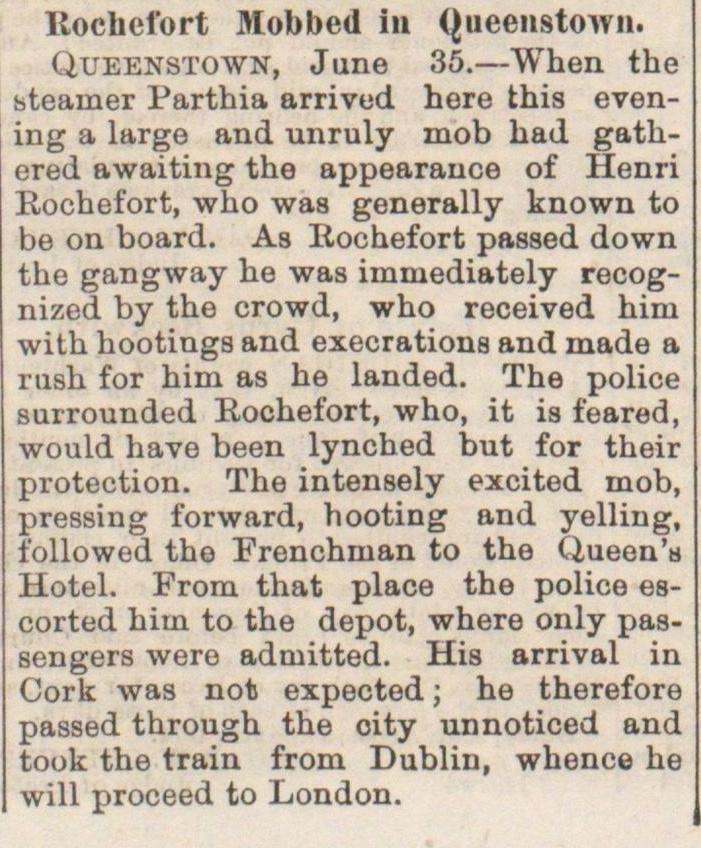 Queenstown, June 35. - When the hteainer Parthia arrivod hore this evening a large and unruly mob liad gathored awaiting the appearauce of Henri Rochefort, who was generally known to be on board. As Eochefort passed down the gangway he was immediately recognized by the orowd, who received him with hootings and execrations and made a rush for him as he landed. The pólice surrounded Eochefort, who, it is feared, would have been lynched but for their protection. The intensely excited mob, pressing forward, hooting and yelling, followed the Frenchman to the Queen's Hotel. From that place the pólice escorted hitn to the depot, where only passengers wero admitted. His arrival in Cork was not expected ; he therefore passed through the oity unnoticed and took the train from Dublin, whence he will proceed to London.