How Kaulbach Put His Foot In It 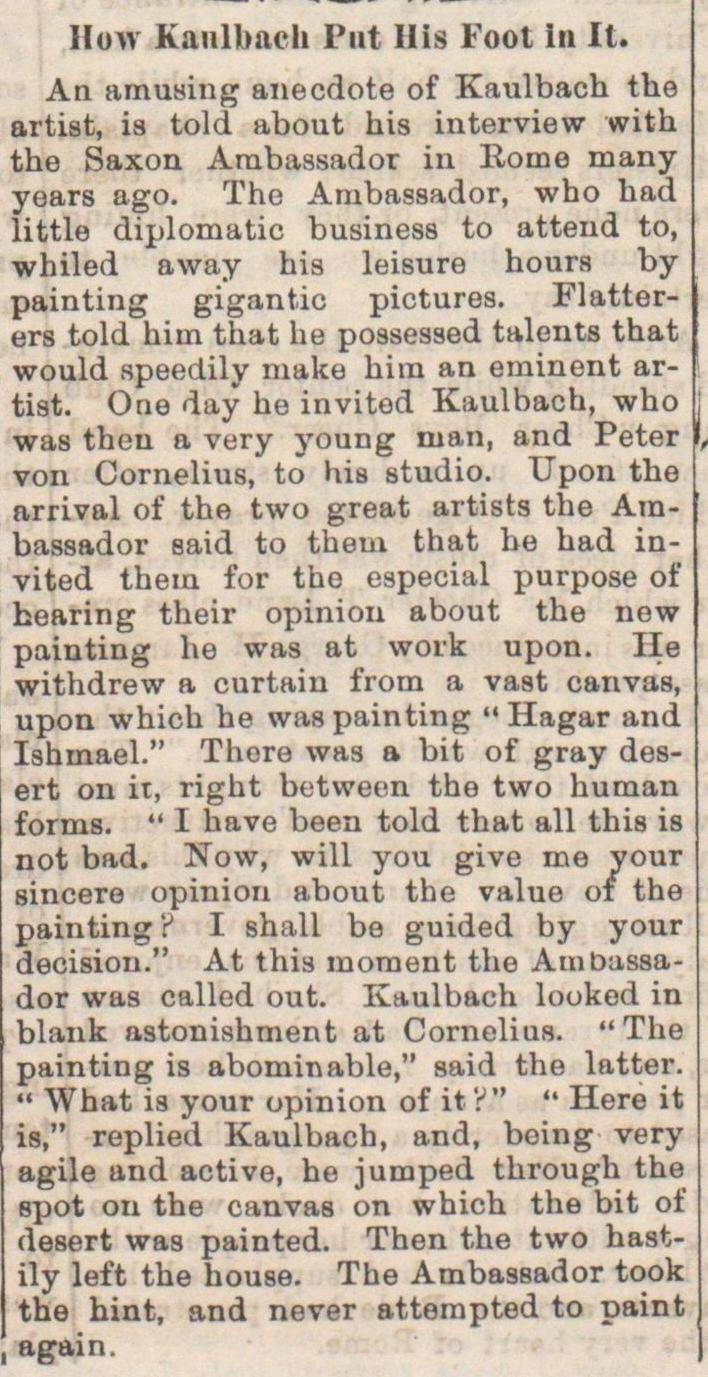 Au amusing anecdote of Kaulbach the artist, is told about his interview with the Saxon Arabassador in Roine many years ago. The Ambassador, who had little diplomatic business to atteud to, whiled away his leisure hours by painting gigantic piotures. Flatterers told him that he possessed talents that would speedily make him an eminent artist. Oue day he invited Kaulbach, who was then a very voung man, and Peter von Cornelius, to his studio. Upon the arrival of the two great artists the Arabassador said to them that he had invited them for the especial purpose of hearing their opinión about the new painting he was at woik upon. He withdrew a curtain from a vast canvas, upon which he was painting " Hagar and Ishmael." Thore was a bit of gray desert on it, right between the two human forms. " I have been told that all this is not bad. Now, will you give me your sincere opinión about the value of the painting 'r1 I shall be guided by your decisión." At this moment the Ambassador was called out. Kaulbach looked in blank astonishment at Cornelius. " The painting is abominable," said the latter. " What is your opinión of it 'Í" " Here it is," replied Kaulbach, and, boing very agüe and active, he jumped through the spot ou the canvas on which the bit of desert was painted. Then the two hastily left the house. The Ambassador took the hint, and never attempted to paint again.