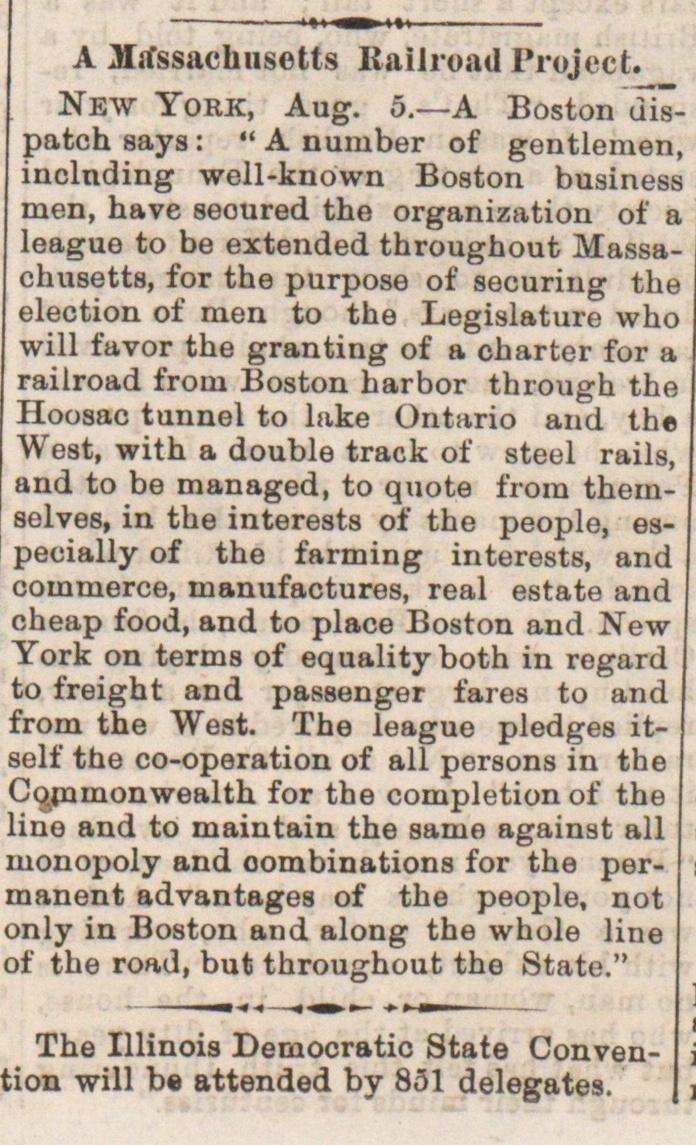 New York, Aug. 5.- A Boston dis patch says : " A number of gentlemen inclnding well-known Boston business men, have seoured the organization of a league to be extended throughout Massaohusetts, for the purpose of securing the eleotion of men to the Legislature who will favor the granting of a charter for a railroad from Boston harbor through the Hoosac tunnel to lnke Ontario and the West, with a doublé track of steel rails, and to be managed, to quote from themselves, in the interests of the people, espeoially of the farming interests, and coinmerce, manufactures, real estáte and cheap food, and to place Boston and New York on terms of equality both in regard to freight and passenger tares to and from the West. The league pledges itself the co-operation of all persons in the Cojmuonwealth for the completionof the line and to maintain the same against all monopoly and oombinations for the permanent advantages of the people, not only in Boston and along the whole line of the road, but throughout the State." The Illinois Democratie State j tion will be attended by 851 delegates. ,