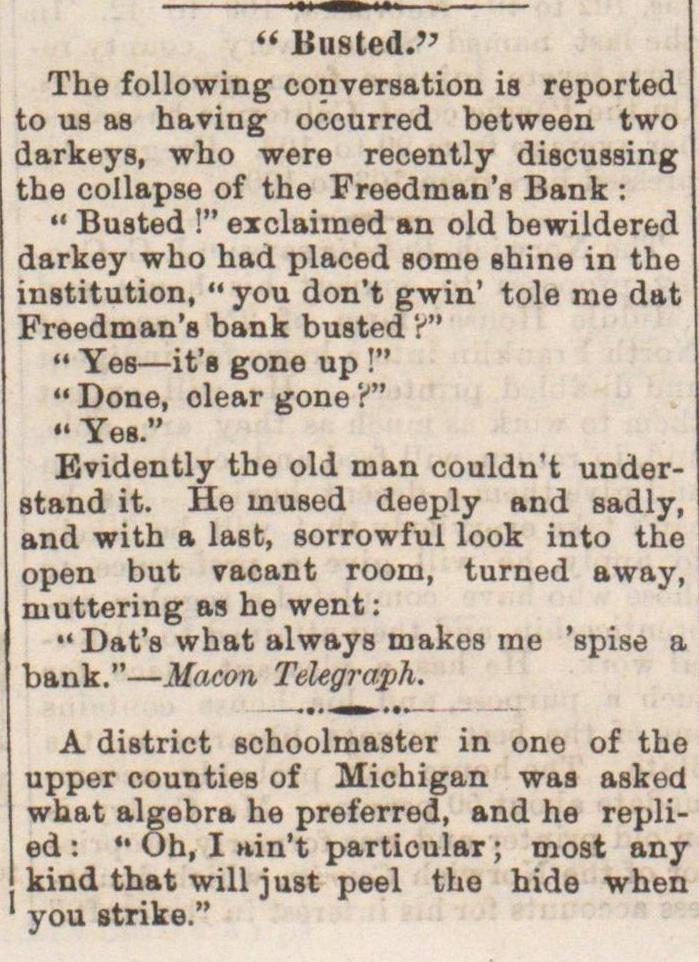 The following conversation is reported to U9 as having ocourred between two darkeys, who were recently discussing the collapse of the Freedman's Bank : " Busted !" exclaiined an old bewildered darkey who had placed some shine in the institution, " you don't gwin' tole me dat Freedman's bank busted '(" " Yes - it's gone up !" " Done, olear gone r"' Yes." Evidently the old man couldn't understand it. He inused deeply and sadly and with a last, sorrowful look into the open but vacant room, turned away muttering os he went : "Dat's what always makes me 'üpise a bank." - Macon Telegraph. A district schoolmaster in one of the upper counties of Michigan was asked what algebra he preferred, and he repli ed : " Oh, I ttin't particular ; most an; kind that will just peel the hide when ' you strike."