The Ballot In Canada 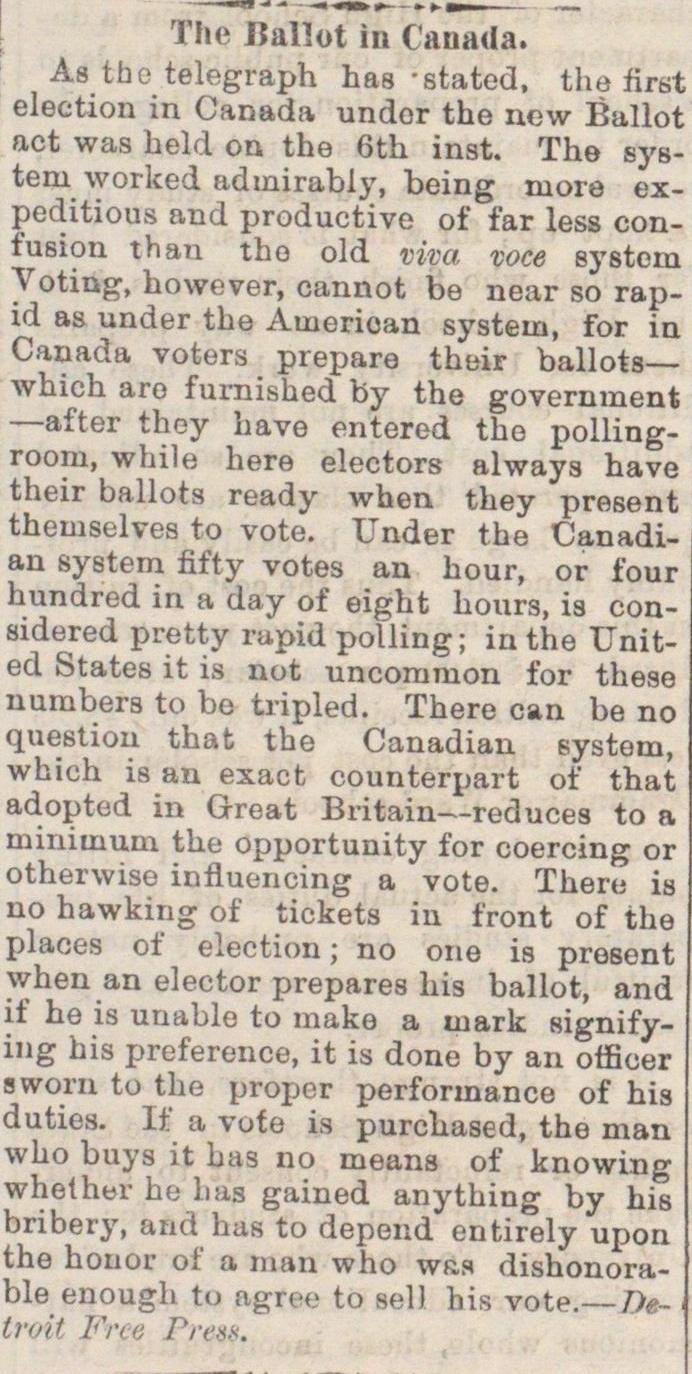 As tlie telegraph has -stated, the first election in Canada undor the new Ballot act was held on the 6th inst. The systeni worked admirabiy, being inore expeditious and productive of far less confusión than tho oíd viva voce Bystom Voting, however, cannot be near so rapid as under the Amerioan systein, for ia Canada voters prepare their ballots- whioh aro furnished by the government - after they have entered the pollingrooru, while here electors always have their ballots ready when they present themselves to vote. Under the Canadian system fifty votes au hour, or four hundred in a day of eight hours, is considered pretty rupid polling ; in the United States it is not uncommon for these numbers to be tripled. There can be no questiou that the Canadian 6ystem, which is an exact counterpart of that adopted in Great Britain - reduces to a minimum the opportunity for coercing or otherwise influencing a vote. Theru is no hawking of tickets in front of the places of election ; no one is present when an elector prepares Lis ballot, and if he is unablo to make a tuark signifying his preference, it is done by an officer sworn to the proper performance of his duties. If a vote is purchased, the man who buys it bas no means of knowing whether ho lms gained anything by his bribery, and has to depend entirely upon the honor oí' a man who wss