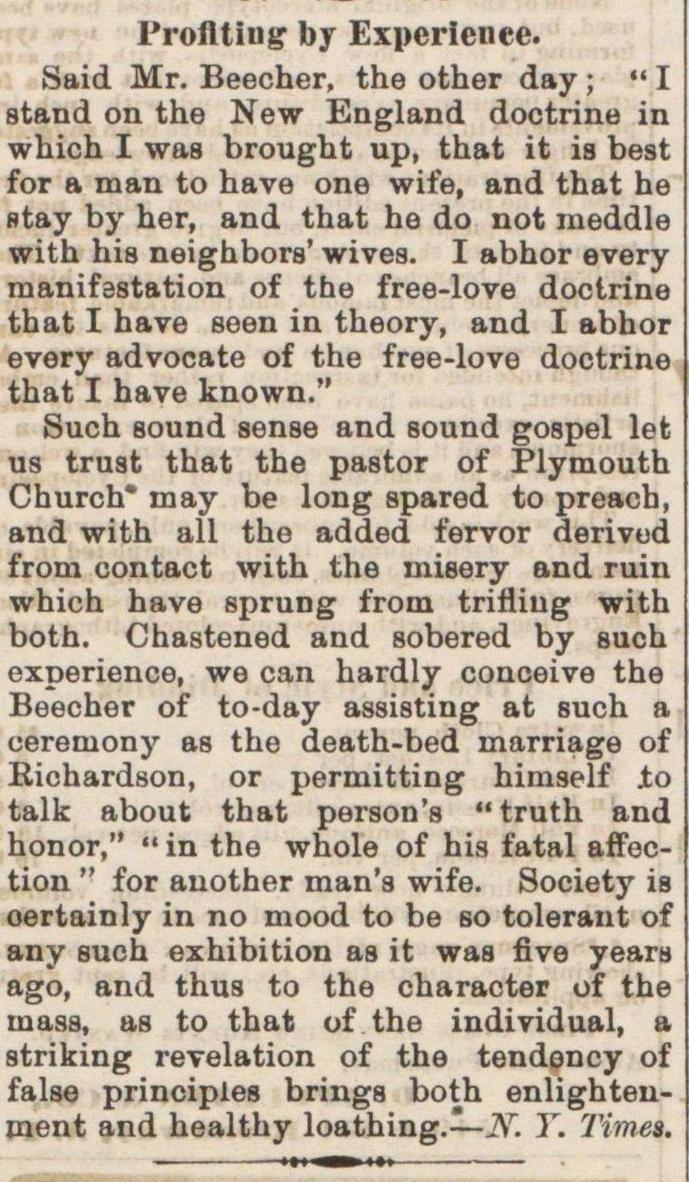 Said Mr. Beecher, the other day ; " I stand on the New Euglund doctrine in which I was brought up, that it is best for a man to have one wife, and that he stay by her, and that he do not meddle wit li his neighbors' wivea. I abhor every manifestation of the free-love doctrine that I have Been in theory, and I abhor every advocate of the free-love doctrine that I have known." Such sound sense and sound gospel let us trust that the pastor of Plymouth Church may be long spared to preach, and with all the added fervor derivod from contact with the niisery and ruin which have sprung from trifliug with both. Chastened and sobered by such experience, we can hardly conceive the Beecher of to-day assisting at such a ceremony as the death-bed inarriage of Richardson, or permitting himself to talk about that person's "truth and honor," "in the whole of his fatal affection " for another man'a wife. Society is oertainly in no mood to be so tolerant of any such exhibition as it was five yeara ago, and thus to the character of the masa, as to that of the individual, a striking revelation of the tendoncy of false principies brings both enlightenment and healthy loathing.- JV. Y. Times.