The Luxury Of The New York Hotels And Their Tables 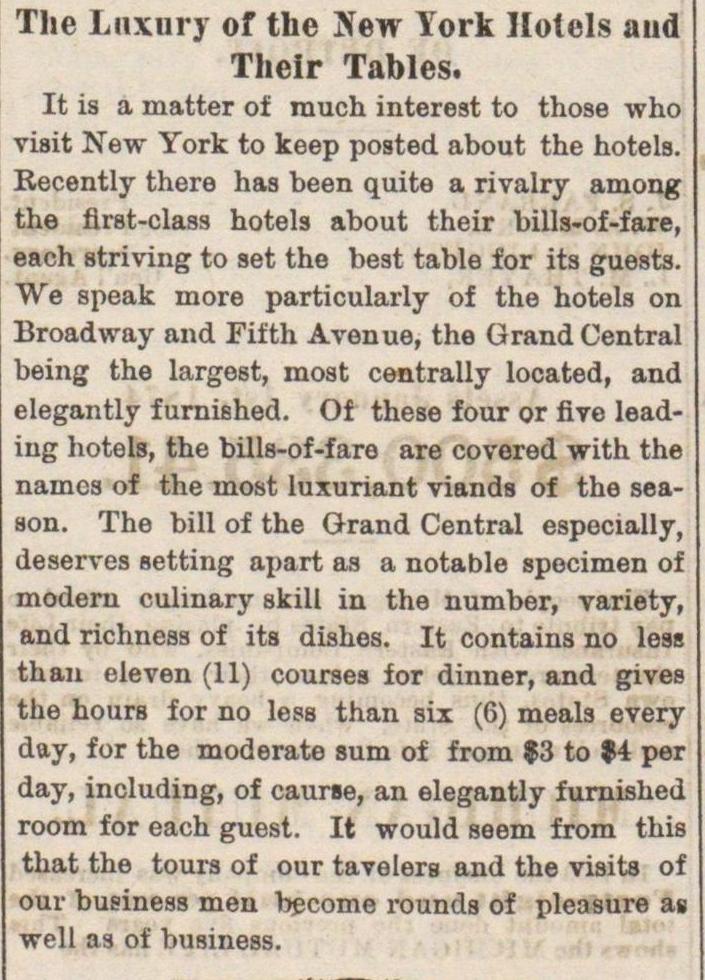 íi is a matter oí roucn interest to tnose wno TÍ8Ít New York to keep posted about the hotels. Eecently there has been quite a rivalry among the flrst-class hotels about their bills-of-fare, each striving to set the best table tor its guests. We speak more particularly of the hotels on Broadvray and Fifth Avenue, the Grand Central being the largest, most centrally located, and elegantly f urnished. Of these four or five leading hotels, the bills-of-fare are covered with the nainos of the most luxuriant vianda of the season. The bill of the Grand Central especially, deserves setting apart as a notable specimen of modern culinary skill in the number, variety, and richness of its dishes. It contains no less than eleven (11) courses for dinner, and gives the hours for no less than six (6) meals every day, for the moderate sum of from f3 to $4 per day, including, of cauree, an elegantly furnished room for each guest. It would seem from this that the tours of our tavelerg and the visits of our business men become rounds of pleasure as well as of business.