Robbery Of The Postoffice At Mt. Morris 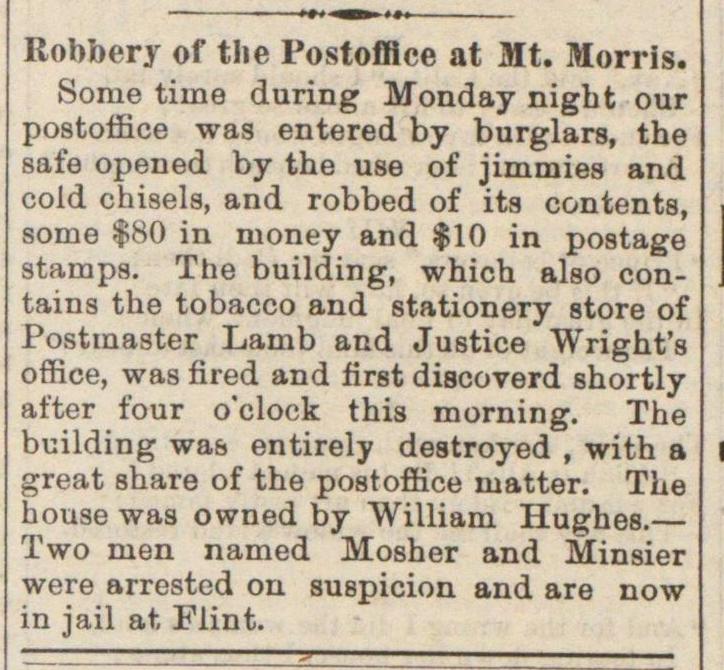 Some time during Monday nigbt our postoffice was entered by burglars, the safe opened by the use of jimmies and cold chisels, and robbed of its contenta, some $80 in nioney and $10 in postage stampa. The building, which also contains the tobáceo and stationery store of Postmaster Lamb and Justice Wright's office, was fired and first discoverd shortly after four o"clock thia morning. The building was entirely destroyed , with a great share of the postoffice matter. The house was owned by William Hughes. - Two men named Mosher and Minsier were arrested on suspicion and are now in jail at, Plint.