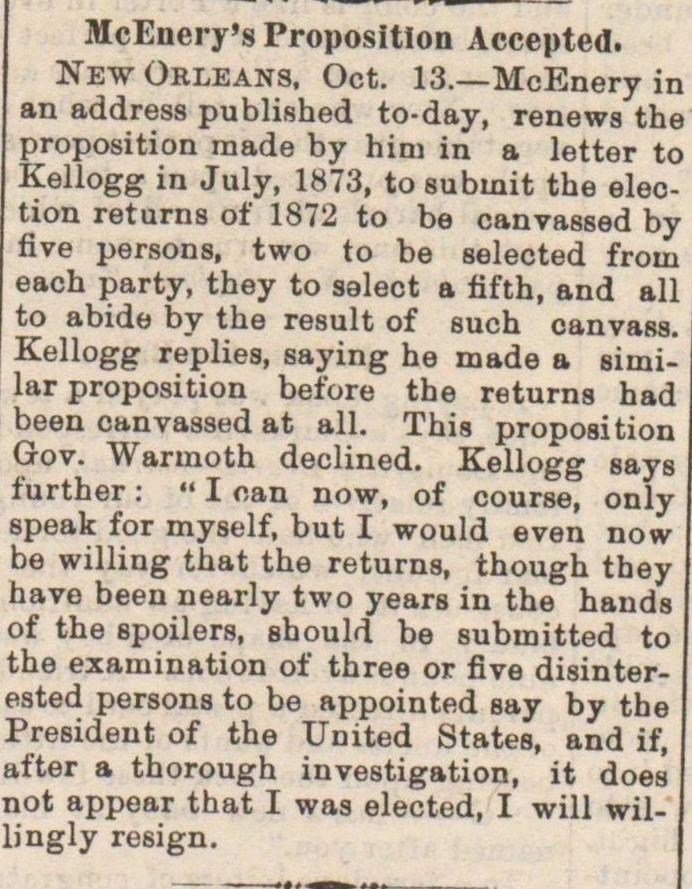 New Oeleans, Oot. 13.- McEnery in an address published to-day, renews the proposition made by him in a letter to Kellogg in July, 1873, to subinit the election returns of 1872 to be canvassed by five persons, two to be seleoted from each party, they to select a üfth, and all to abide by the result of such oanvass. Kellogg replies, saying he made a similar proposition before the returns had been ounvassed at all. This proposition Grov. Warinoth declined. Kellogg says further : " I oan now, of course, only speak for myself, but I would even now be willing that the returns, though they have been nearly two years in the hands of the spoilers, should be submitted to I the exaniination of three or five disinterested persons to be appointed say by the President of the United States, and if, after a thorough investigation, it does not appear that I was elected, I will willingly resign.