The Soldier Vs. The Bounty-grabber 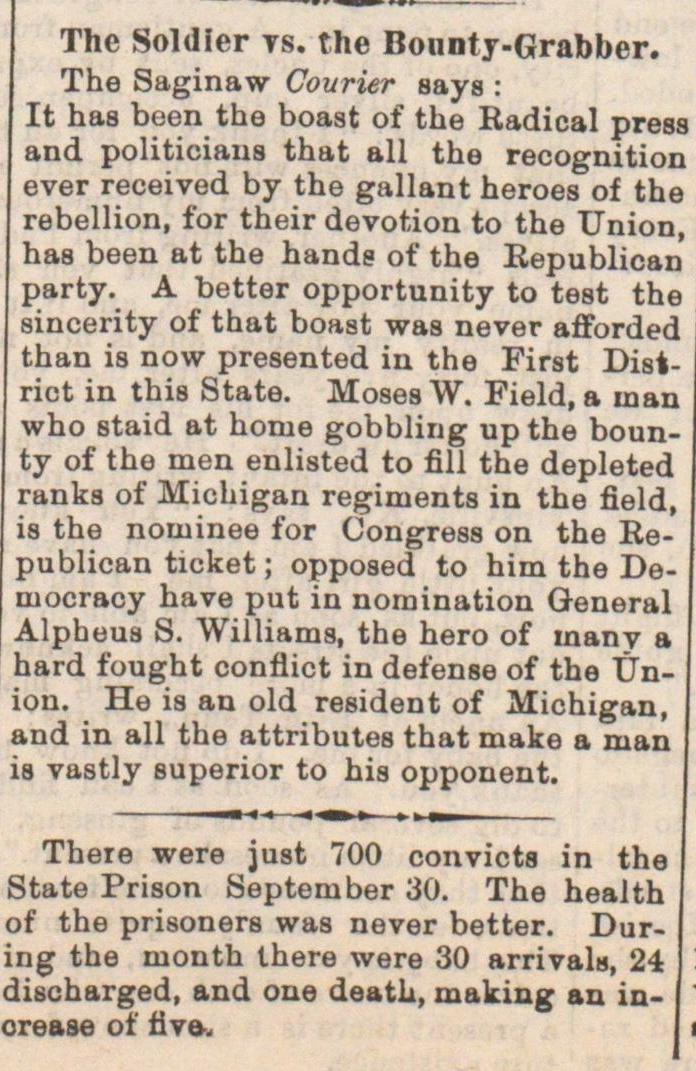 Ihe baginaw Uourur says : It has been the boast of the Radical press and politiciaus that all the recognition ever received by the gallant héroes of the rebellion, for their devotion to the Union, has been at the hands of the Eepublican party. A better opportunity to test the sincerity of that boast was never afforded than is now presented in the First District in this State. Moses W. Field, a man j who staid at home gobbling up the bounty of the men enlisted to fill the depleted ranks of Michigan regiments in the field, is the nominee for Oongress on the Republican ticket ; opposed to him the Democracy have put in nomination General Alpheus S. Williams, the hero of inany a hard fought conflict in defense of the Ünion. He is an old resident of Michigan, and in all the attributes that make a man is vastly superior to nis opponent. There were just 700 convicts in the State Prison September 30. The health I of the prisoners was never better. During the rnonth there were 30 arrivals, 24 I discharged, and one deatk, making an inorease of ti v&. i