A Catamount Drives A Family From Home 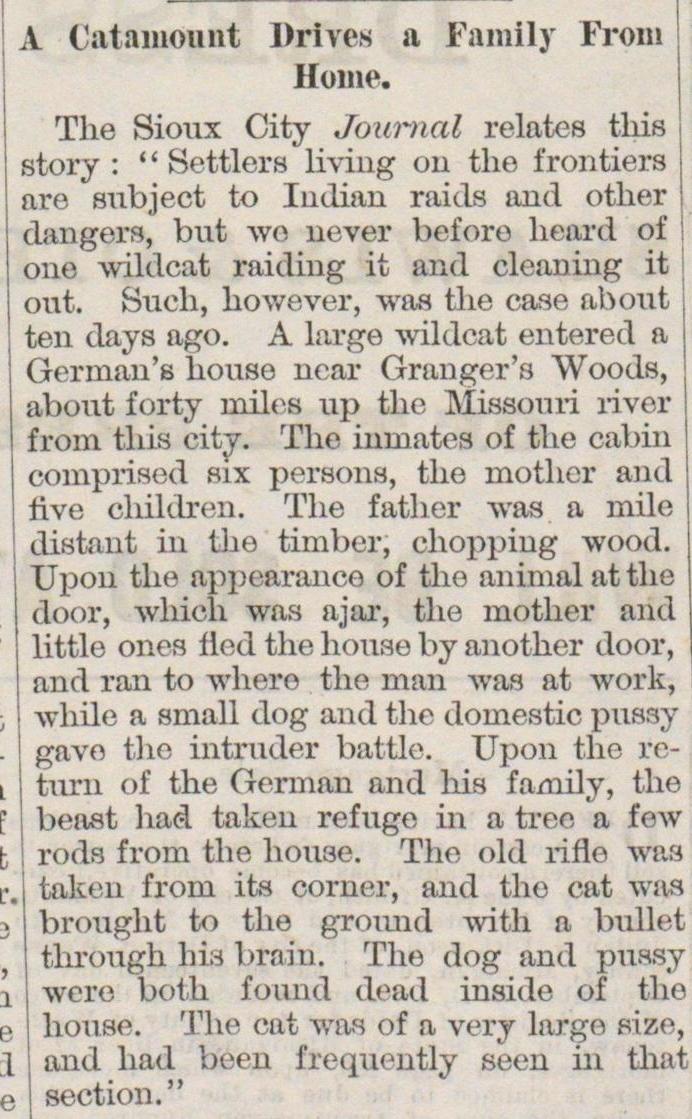 The Sioux City Journal relates tliis j story : " Settlers living ou the frontiers are subject to Indian raids and other dangers, but vo uever before heard of j oue wildcat raiding it and cleaning it out. 8uch, however, was the case about j ten days ago. A lorge wildoat entered a German's house near Granger's Woods, : about forty iniles up the Missouri river from tliis city. The ininates of the calrin eomprised six persons, the mother and live children. The father was a mile distrint in the timber, chopping wood. Upou the sppearance of the animal at the door, whiofa was ajar, the mother and little ones iled the house by another door, and ran to whero the man was at work, ! while a small dog and the dornestic pusay gave the intruder battle. Upon the return of the Germán and his family, the beast liad taken refuge in a tree a few rods from the house. The oíd rifle wus taken from its corner, and the cat was brought to the groimd with a bollet through bia brniu. The dog and puasy were botli found dead inside of the house. 'J'hc oat was of a very large size, and had been frequently seen in that i section."