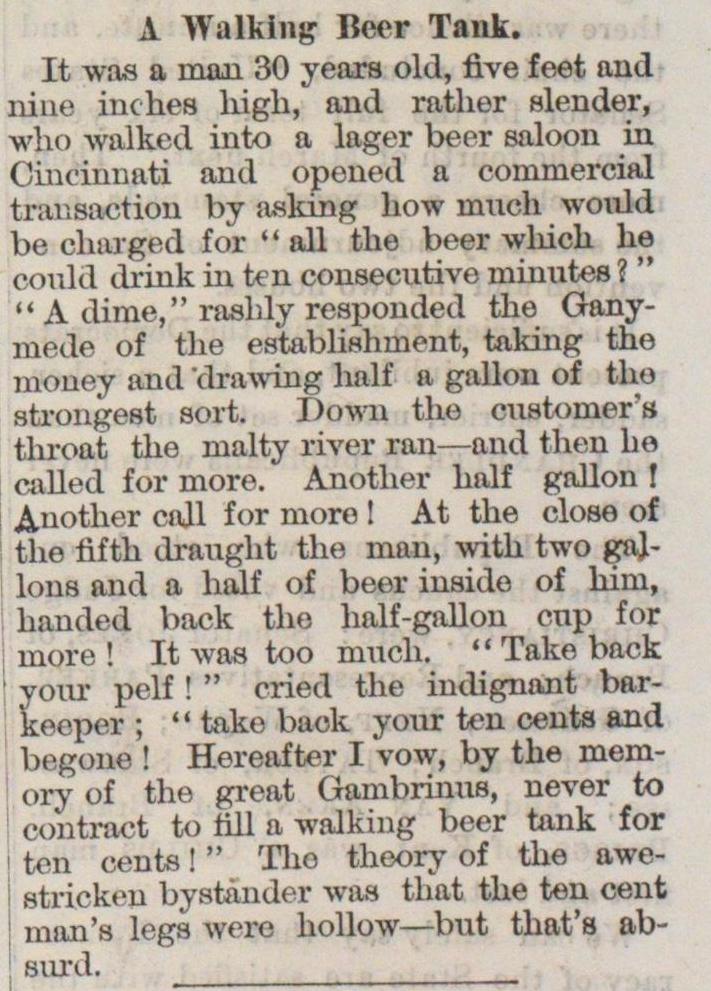 It was a man dO years olu, nve feet and nine inches liigb, and rather slender, who walked into a lager beer saloon ia Cinoimmti and opened a commercial transaetion by asking how mnch wonld be cluugod for " all the beer wliicb. he ooold drink in ten consecutive minutes ? " " A dime," rasbly responded the Ganymede of the establishment, taking the money and drawing half a gallon of tho strongest soit. Down the customer's throat the malty river ran - and then he called for more. Another half gallon I Auother cajl for more ! At the close of the fifth draught the man, with two gajlons and a half of beer inside of bim, handed back the half-gallon enp for more ! It was too mucli. " Take back ' pelf ! " cried the indignant barkeeper ; "takobaok your ten cents and begone ! Hereafter I vow, by the memon- of the great Gambrinus, never to contract to ñll a walking beer tank for i ten cents ! " Tho theory of the awe! stricken bystander was that the ten cent man's legs were hollow - but that'a abBlU'd.