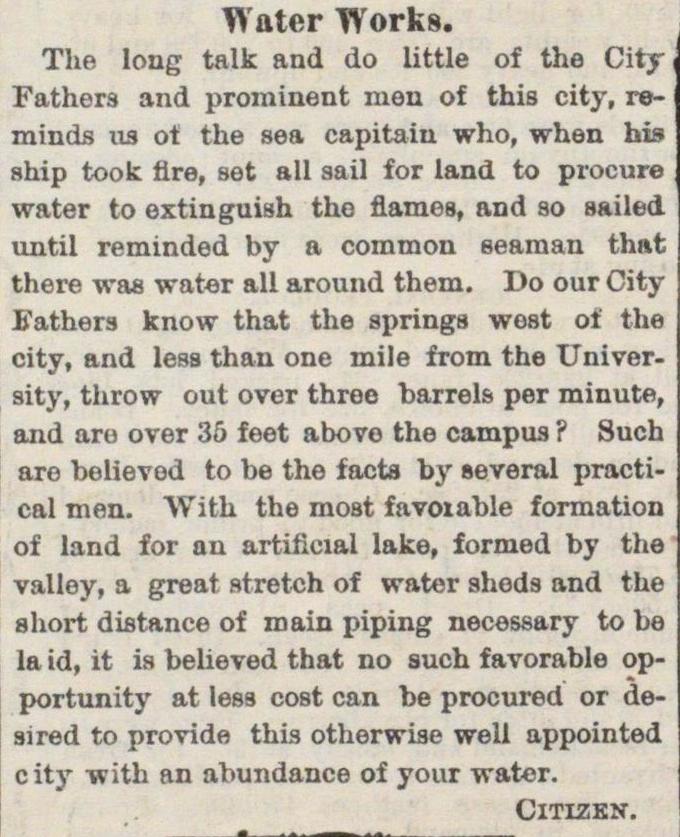 The long talk and do little of the City Fathers and prominent men of thia city, reminds us ot the sea capitaiu who, when bis ship took üre, Bet all sail for land to procure water to extinguish the fiamos, and so sailed until reminded by a common seaman that there was water all around them. Do our City Eathers know that the springs west of the city, and lesa than one mile from the University, throw out over three barrels per minute, and aru over 35 feet abovo the campus ? Such are believed to be the facto by several practical men. With the most favoiable formation of land for an artificial lake, formed by the valley, a great stretch of water sheds and the short distance of main piping necessary to be la id, it is believed that no such favorable opportunity at lesa cost can be procured or desired to provide thi.s otherwise well appointed city with an abundance of your water.