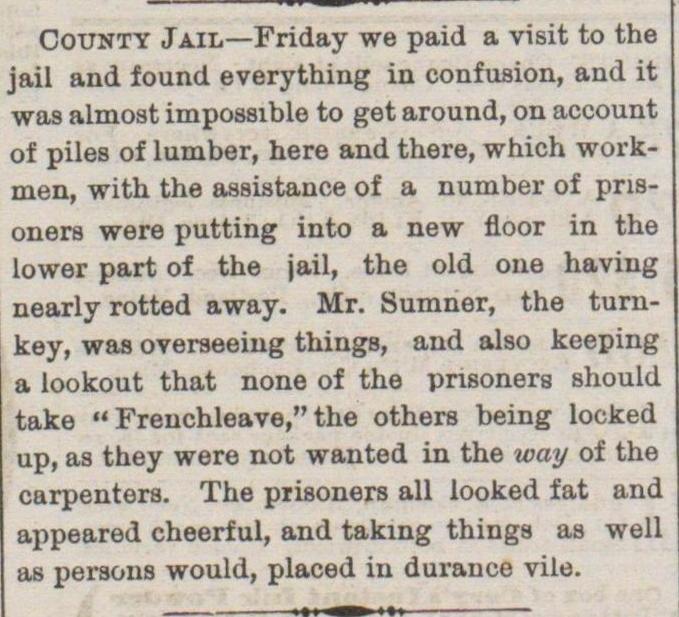 Friday we paid a visit to the ail and found everything in confusión, and it was almost impossible to get around, on account of piles of lumber, here and there, which workmen, with the assistance of a number of prisoners were putting into a new floor in the ower part of the ail, the old one having nearly rotted away. Mr. Sumner, the turnkey, was overseeing things, and also keeping a lookout that none of the pnsoners should take " Frenchleave," the others being locked up, as they were not wanted in the way of the carpentera. The piisoners all looked fat anc appeared cheerful, and taking things as wel as persons would, placed in durauce vile.