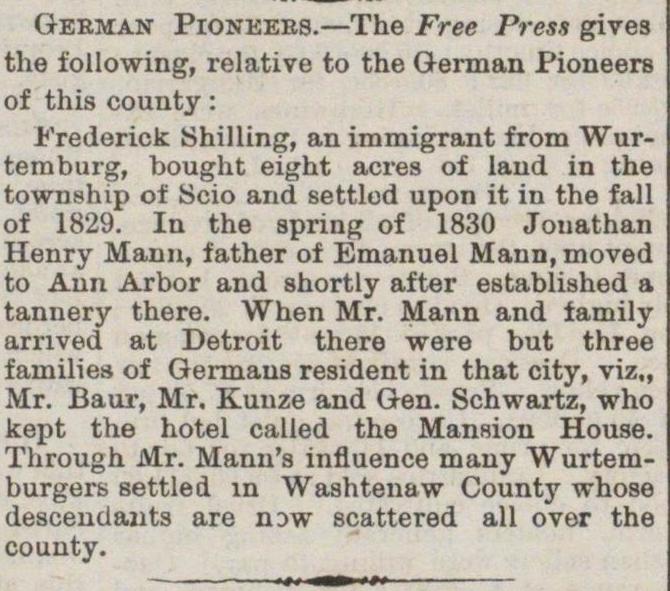 The Free Press gives ie following, relative to the German Pioneers ! this county : Frederick Shilling, an immigrant from Wurtemburg, bought eight acres of land in the ownship of Scio and settled upon it in the fall ! 1829. In the spring of 1830 Jonathan Henry Mann, father of Emanuel Mann, moved o Ann Arbor and shortly after established a ;annery there. When Mr. Mann and family mved at Detroit there were but three amilies of Germana resident in that city, viz„ .1. Baur, Mr. Kuuze and Gen. Schwartz, who cept the hotel called the Mansion House. 'lirough Mr. Mann's influence many Wurtemmrgers settled in Washtenaw County whose escendajits are nDW scattered all over the ounty.