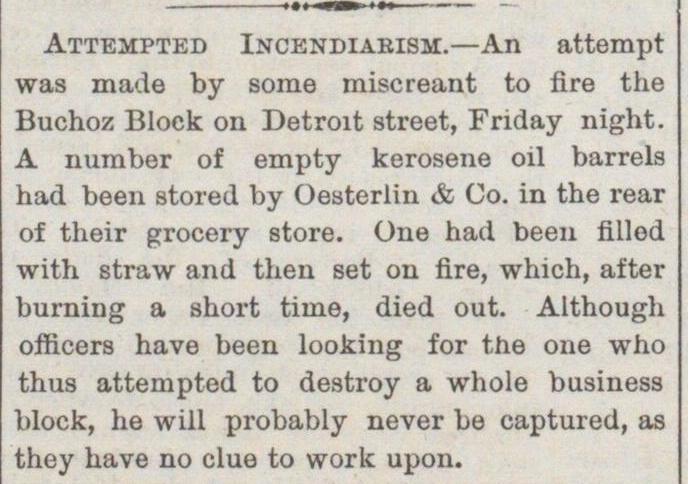 An at temp was made by some miscreant to fire the Buohoz Block on Detroit street, Friday night. A number of empty kerosene oil barrels had been stored by Oesterlin & Co. in the rear of their grocery store. One had been fillod with straw and then set on fire, which, after burning a short time, died out. Although officers have been looking for the one who thus attempted to destroy a whole business block, he will probably never be oaptured, as they have no clue to work upon.